Should corn ethanol be emphasized in the fight against global warming? 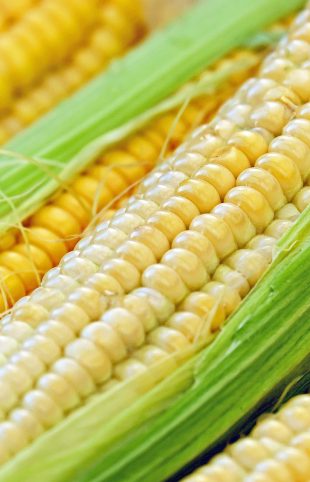 Corn ethanol is ethanol produced from corn as a biomass through industrial fermentation, chemical processing and distillation. It is primarily used in the United States as an alternative to gasoline and petroleum (first-generation biofuel). Its is the most common type of Ethanol in the United States, but is considered less efficient than other types of ethanol (sugar cane, etc.) especially when only the vegetable itself is used and not the whole plant. Corn ethanol has been seen as an attractive option in recent years because it is a cleaner alternative to gasoline. Questions remain, however, regarding whether it should become a mainstay of international strategies to combat global warming. A number of questions frame the debate: Can corn ethanol truly help lower emissions and combat global warming? While cleaner than gasoline, does corn ethanol still emit significant quantities of greenhouse gases? Are these emissions, however, neutralized by the growth of the plant that goes into producing the biofuel? Are there other emissions related to the production and transportation of biofuels? Is methane a concern? Does corn ethanol have an impact on air quality? Does it require too much land to produce corn ethanol? Does this put pressure on agricultural production and increase food prices? Does it excessively increase the demand for and use of water? Can corn ethanol be produced on a massive scale, such that it can displace the use of oil in vehicles? Is it economical? Does it require subsidies? Do corn ethanol vehicles perform well? Are they practical cars to own? What do public think?
See Wikipedia’s article on corn ethanol for more background.

Corn grown for ethanol acts first as a carbon sink

“Ethanol is a clean-burning, renewable fuel…E85 is the cleanest burning fuel available on the market today…10% ethanol-enriched fuel reduces carbon monoxide better than any other gasoline — by as much as 30%…The use of 10% ethanol-enriched fuel reduces greenhouse gas emissions by 12 – 19% compared with conventional gasoline, according to Argonne National Laboratory…Ethanol reduces tailpipe fine particulate matter emissions by 50%. These emissions pose a threat to those with respiratory ailments.”

It requires less petroleum to produce corn ethanol than gasoline

The primary concern here is the amount of fossil fuels that are burned in the process of producing corn ethanol, not just the emissions from the burning of corn ethanol alone. While corn ethanol could still be an improvement over gasoline in its net-C02

In terms of net energy gain, there is little comparison between corn ethanol and oil. Tad Patzek, professor of civil and environmental engineering at Cal Berkley says it would take three to six gallons of ethanol to achieve the same net energy gain as a gallon of oil.[1]

Corn ethanol provides more energy for consumption than it takes to make the ethanol itself. This is important because if it takes more energy to actually make a fuel than energy is received out from that fuel, then what is the point of making the fuel in the first place? Numerous studies and camps support this claim that ethanol energy is a net energy gain. It would appear that more studies support this side of the argument, than the counter claim that ethanol is a net energy loss. See the list of supporting studies and claims in the argument page.

A number of studies indicate that ethanol energy involves a net energy loss. This means that more energy is actually being used in the production of ethanol than is received out. See the list of studies in this argument page.

“Ethanol can’t travel in pipelines along with gasoline, because it picks up excess water and impurities. As a result, ethanol needs to be transported by trucks, trains, or barges, which is more expensive and complicated than sending it down a pipeline. As refiners switched to ethanol this spring, the change in transport needs has likely contributed to the rise in gas prices. Some experts argue that the U. S. doesn’t have adequate infrastructure for wide ethanol use.Also, ethanol contains less energy than gas. That means drivers have to make more frequent trips to the pump.”

Uncertainty regarding net energy of corn ethanol is troubling.

The fact that there is even debate about whether corn ethanol results in a net energy gain is troubling. It should not be a close call. A good energy resource should have a substantial net energy gain. It seems that corn ethanol does not fit this criteria.

Expansion of corn ethanol industries is increasing its viability.

Despite continuing doubts about whether corn ethanol provides a genuine energy savings, in the United States alone, at least 39 new ethanol plants are expected to be completed over the next 9 to 12 months. The new plants will add 1.4 billion gallons a year, a 30 percent increase over current production of 4.6 billion gallons, according to Dan Basse, president of AgResources, an economic forecasting firm in Chicago. By 2008, analysts predict ethanol output could reach 8 billion gallons a year.[3]

Corn ethanol is economically beneficial in numerous ways. In general, any new fuel is a valuable contribution to energy security and the price-competition between various energy sources. This generally benefits consumers. In addition, the new corn ethanol industry creates jobs in numerous industries, including biotechnology and chemistry sectors.

Ethanol is economically competitive against rising oil prices. In the long-run, with gasoline reserves running out and energy demand growing, gasoline prices are set to rise exponentially. Corn ethanol prices, on the other hand have a long-term trajectory of dropping. This is because corn ethanol supply will only increase in the coming decades as the industry expands.

The corn ethanol boom is driven by political propaganda

The corn ethanol industry has grown largely due to powerful corn lobbies around the world. This lobby has been particularly strong in the United States. Yet, the case being made by these lobbyists is biased by a desire for profits, not to combat global warming.

Ethanol energy does not get good fuel-economy with standard engines

Some claim that corn ethanol can increase fuel-economy by 15-30%. This is not a significant improvement over ordinary gasoline vehicles, particularly in the face of global warming.

It is not feasible to produce the amount of corn required to make the fuel a viable alternative to oil or a serious supplier of energy.

Oil replacement: Is corn ethanol a good way to reduce oil use and dependence?

Ethanol is a means to reducing foreign oil dependencies

As a modest alternative to oil, among other alternatives, corn ethanol will help reduce foreign dependencies on oil. This has many important oil price and national security benefits.

Corn ethanol is a good local replacement for oil

On farms and towns where corn is being produced, corn ethanol is a particularly attractive fuel option. Because it is locally grown, it avoids the process of transporting oil from long distances. This cuts transportation costs out of the equation and protects the environment from emissions and pollution that result from the long-distance transportation of oil.

Corn ethanol is merely a part of the equation in replacing oil.

While the technology and production methods advance in support of corn ethanol and as adequate corn supply is developed, the price of corn ethanol will decrease. Oil, conversely, is becoming increasingly scarce and difficult to produce, making it inevitable that oil prices will increase over the 21st century.

Corn ethanol will not be a significant substitute for oil

Corn ethanol has a positive effect on air quality

The National Renewable Energy Laboratory tested a 1998 Ford Taurus FFV running on E85, reporting, “Emissions of total potency weighted toxics (including benzene, 1,3-butadiene, formaldehyde, and acetaldehyde) for the FFV Taurus tested on E85 were 55% lower than that of the FFV tested on gasoline.”[4]

A health study by a Stanford professor indicates that emissions from the burning of corn ethanol production could have equal or worse air-quality and health effects as compared to the burning of gasoline. While corn ethanol emissions may be less problematic than gasoline to global warming, the impact on human health is certainly a significant issue to consider.

Land-use: Does ethanol energy use too much land?

Corn feedstock is a beneficial byproduct of corn ethanol production

To produce corn ethanol, corn must be grown. If it is to be produced in mass, more land must be cleared to make room. Soil erosion is the natural result of clearing land for crop production. This has many environmentally negative impacts. Typically, it strips an ecosystem of its minerals, and the runoff that occurs sends silt as well as fertilizers and chemicals “down stream”, sometimes into local water supplies.