Should the United States Congress allow drilling for oil in the Arctic National Wildlife Refuge? 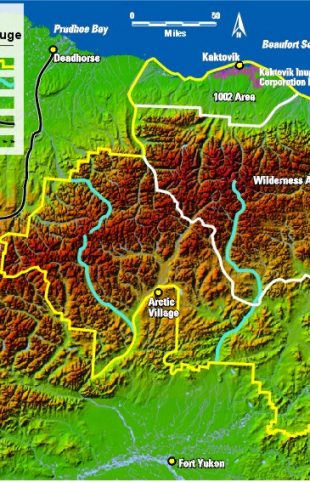 In 1960, Secretary of Interior Fred Seaton of the Eisenhower Administration designated 8.9 million acres of coastal plain and mountains of northeast Alaska as the Arctic National Wildlife Range to protect its “unique wildlife, wilderness and recreation values.” After the discovery of oil in Prudhoe Bay in 1968, pressure mounted to explore for oil in the ANWR. The issue was heavily debated for years in Congress, which culminated in the passage of the Alaska National Interest Lands Conservation Act (ANILCA-1980). In Section 1003 of ANILCA, Congress stated that the “production of oil and gas from the Arctic National Wildlife Refuge is prohibited and no leasing or other development leading to production of oil and gas from the [Refuge] shall be undertaken until authorized by an act of Congress.” Since taking office in 2001, the Bush administration pushed for the opening of the ANWR to exploration and drilling and renewed debate in Congress on the issue. Some legislative events have taken place that made drilling more likely. On March 16, 2005, for instance, the Senate endorsed oil-drilling in the Arctic National Wildlife Refuge through a vote of 51 to 49 for a budget resolution that assumes revenues of roughly $5 billion from drilling fees over the next decade, with the federal government and the state of Alaska to split the money. The Seattle PI wrote, “the [Senate] vote was a major victory for President Bush and his supporters in business and elsewhere who had long advocated drilling in ANWR as a way to ease the nation’s dependence on foreign supplies…Until yesterday, the politics were never good enough to push the bill into law. In some years Democrats successfully blocked ANWR provisions on the Senate floor. In 1996, both the House and Senate approved opening ANWR only to see President Clinton veto it.” Following this, the only measure necessary for drilling to actually take place has been a House and Senate bill that would explicitly open the ANWR to drilling. The Democratic victory in the November 2006 elections, however, may have made this legislative step less likely as the Democrats primarily oppose drilling. The opposition within the Democratic Party, on the other hand, is not a overwhelming majority, and the pro-drilling camp remains very strong in both the Senate and House. The complexity of the issue appears to make the issue less partisan than might be expected of an issue that ostensibly pits corporate and national security interests against environmental concerns.

Environment: Would the environmental impact of drilling be small?

Drilling would only be done in the winter months.

US ANWR production methods are cleaner than foreign methods, which are the only supply alternatives

The effect of oil spills has "only local effects"

Prudhoe bay's example demonstrates the risks of drilling in the ANWR

“In the North Slope oil fields in Alaska, several hundred spills occur every year and, in some cases, the results can be catastrophic…Spills cause long-term damage to bird populations and habitat.”

ANWR would require an infrastructure that would be environmentally invasive

Drilling in ANWR will threaten muskoxen

Economics: Would drilling in ANWR stimulate the US economy?

Drilling in ANWR would increase US GDP

Drilling would create a substantial number of new jobs

ANWR drilling would result in many "trickle-down" economic benefits

Many job-creation estimates are highly exaggerated

Job-creation would be better achieved by investing in green energy

Drilling in ANWR would help reduce the large US budget deficit

Drilling in ANWR would have a negligible effect on oil prices

Drilling in ANWR would only perpetuate the US addiction to oil 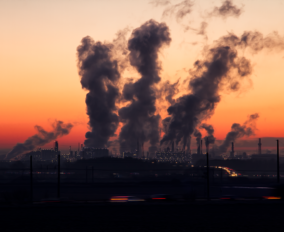