Should there be a worldwide ban on the use of driftnets to catch fish? 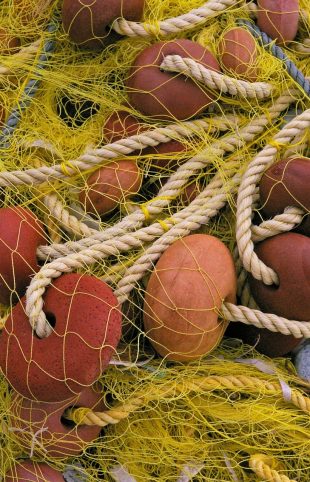 Driftnets are a special type of fishing nets that are held on or just below the surface of the water, with the help of floating-devices. Their height varies according to the fish species they target but is generally somewhere between 20 to 30 meters. They are weighted at the bottom so the net “stands” vertically in the sea. They usually target what marine biologists refer to as “pelagic” species – those swimming close to the surface of the water, such as sardines, herring, albacore, swordfish and salmon.
Large driftnets are in use worldwide, even though the United Nations passed a resolution in 1992 banning their use in international waters (those more than 200 nautical miles from any coast). The UN also requested a worldwide halt to the use of driftnets outside of international waters, so that they would not be used within the Exclusive Economic Zone (EEZ, up to 200 nautical miles off the coast) each country maintains under international law, but this had little to no effect. For example, the USA still allows indiscriminate use of driftnets in its Exclusive Economic Zone. The EU has regulated driftnets to a maximum length of 2.5 kilometers, and controls their use with regard to specific species and regions (for example, in the Baltic region there’s a ban for tuna, but not for salmon, whereas in Italy fishing for tuna still takes place). These EU “regulations” are the starting point for a process which was supposed to gradually lead to a total ban on their use at the end of 2007.[1]

By-catch: Is a ban important as a means to reduce "by-catch"?

Drifnet "by-catch" has a disastrous impact on ocean life

Driftnets indiscriminately ensnare sea creatures in their area. This has a disastrous impact on the oceans. Banning driftnets would hugely reduce “by-catch”. By-catch refers to all those species that are ensnared by these nets other than their intended prey. Examples include dolphins and porpoises: they get caught in the net, die and then thrown away as a type of “collateral damage”. This drives species to extinction and this hurts biodiversity: the Moroccan driftnet-fleet of 177 boats alone is said to be responsible for 3000–4000 deaths of a certain threatened dolphin species.[2]

By-catch doesn’t need to be a reason to ban driftnets.

In fact, when used well, drift-nets can have a minimum of by-catch, and certainly no more than other fishing methods. By catch can be limited by restricting the size of the mesh in the net, so that dolphins “recognize” the net as a “wall” of sorts and so avoid it, or by attaching sound-devices which emit “pings” (hence called “pingers”) to warn dolphins. Limiting the overall length of driftnets, as the EU has done, can also minimize by-catch. This all points to regulating rather then banning driftnets altogether.[3]

Species extinction: Do driftnets cause extinctions of targeted species?

Driftnets can push a targeted species to extinction

Driftnets are so effective that their use actually pushes these species to the brink of extinction. Already, bluefin tuna-catches in the Mediterranean have dropped by over 80%, and many experts fear its extinction in the coming decade.[4]

The reports of extinction through over-fishing are inconclusive and based on anecdotal evidence.

Even if catches have dropped so much, it can have different causes: for example, tuna are a highly mobile species, and maybe they have fled to the high seas where there is a ban on driftnets already. Or maybe it is the massive pollution caused by the Mediterranean’s sea-traffic.[5] 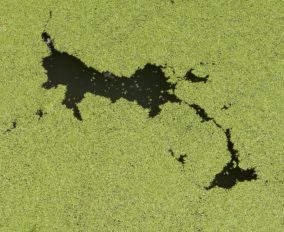