Should counter-terrorism efforts include full-body scans at airports? 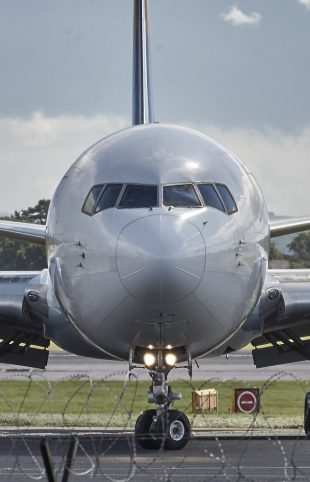 Fully-body screening at airports is a topic that became particularly relevant after the December 25, 2009 “Christmas Bomber” attempted terrorist attack, in which a Nigerian man tried to detonate an explosive device that was stitched into his under-wear on Northwest Airlines Flight 253 from Amsterdam to Detroit. The plane made an emergency landing in Detroit without any fatalities. Yet, the ramifications of the event have been major, including a widespread effort to crack down on the potential for terrorists to carry make-shift bombs on their bodies through security check points. One of the main proposals to combat this potential is full-body scanners at airports, which have already been implemented in many airports internationally. These machines essentially take an x-ray picture of a passenger, too peer under their clothing to detect any potential weapons and bombs on the body. Many believe that such a system could have easily detected the “under-wear bomber” on December 25th, 2009. In the broader fight on terrorism they are believed to have the potential to thwart future, similar terrorist attacks and save lives. Yet, opponents consider them an intrusion on the privacy of passengers because they allow screeners to view an outline of genitalia and bodily contours. This is of particular concern with individuals that have cultural and religious sensitivities to such images being taken, and with minors (many believe scanners would violate child pornography laws). Opponents also raise concerns regarding the ability of scanners to detect non-metallic materials and bombs or weapons that might be hidden in body cavities. Other concerns include the potential health effects of exposing a large number of passengers to small doses of radiation as well as the high price of each individual scanner. The pros and cons, as presented in the public debate being played out in major publications, are documented below.

Effectiveness: Are fully-body scans an effective tool to counter terrorism?

Former Homeland Security chief Michael Chertoff told the Washington Post, “You’ve got to find some way of detecting things in parts of the body that aren’t easy to get at. It’s either pat downs or imaging, or otherwise hoping that bad guys haven’t figured it out, and I guess bad guys have figured it out.”

Greg Soule, a spokesperson for the Transportation Security Agency, was cited as saying in a December 31, 2009 Christian Science Monitor article: “‘It has the ability to detect both metallic and non-metallic threats under the clothing of a passenger. And that can include both improvised explosive devices as well as firearms.”

Michael Chertoff, the former homeland security secretary, said in an interview: “nothing is 100 percent [but] The more difficult you make it for someone to conceal weapons, the fewer people who are going to be willing or capable of concealment.”

Full-body scans are a valuable piece of larger strategy

“No single technology can keep terrorists from boarding airplanes with bomb materials. That’s why expensive full-body scanners are not cure-alls for security breaches. It’s wise to expand the use of scanners, but only as part of a broader strategy to make flying safer.”

Bruce Schneier, a security expert who has been critical of full-body scanners, said to the New York Times in December of 2009: “If there are a hundred tactics and I protect against two of them, I’m not making you safer. If we use full-body scanning, they’re going to do something else.”[4]

Scanners do not reveal things in body cavities

Full-body scanners are incapable of revealing explosives hidden in body cavities, which has been an age-old method for smuggling contraband. Future terrorist plots are likely to include such efforts, and have the potential to get-around body scanners.

A British defense-research firm reportedly found that full-body scanners can be unreliable in detecting “low-density” materials like plastics, chemicals, and liquids, which is what the 2009 Christmas “underwear bomber” had stuffed in his briefs. While a hazy outline is often revealed for such items, the blurriness can often prevent the detection of such items, particularly when hundreds of thousands of passengers are being screened daily.[5]

The International Air Transport Association says the scanning process will take 45 seconds for each passenger, which would create two-to-five-hour flight delays, according to Andrew Compart, senior editor for Aviation Week.

Scott Stewart, vice president of tactical intelligence at the global consultancy Stratford, criticized body scanners in a quote in Time magazine in 2010: “We have a tendency to over-rely on technology, especially Americans, instead of human intelligence.”[6]