The most basic function of fuel economy standards is that they help the average car burn less gasoline, so emit less C02 into the atmosphere. The net effect is a reduction in greenhouse gas emissions into the atmosphere, which lowers the net human contribution to global warming.

“Some have argued that to raise CAFE standards means that people will only drive more. The argument is as stupid is one that says to make our money easier to carry means we will spend more. People aren’t moving their job because their car will get more gas to the gallon.”

“Critics of CAFE standards sometimes point to the perverse effect of higher fuel economy on lowering fuel costs per mile and increasing the incentive to drive, which can increase highway congestion, accidents, and pollution. However, according to a recent study by Kenneth Small and Kurt Van Dender, less than 10 percent of the fuel savings from better fuel economy are offset by increased driving; most likely, the costs of this “rebound effect” are probably fairly modest.”

CAFE standards have strong history of reducing US emissions

The Union of Concerned Scientists said in 2008 about CAFE standards, “No energy legislation has ever done more for America’s security by saving oil and curbing global warming pollution.

“Congress has no business dictating automotive fuel efficiency. That’s a job for consumers, not vote-hustling politicians. There are no problems for CAFE standards to solve. Hence, they shouldn’t be tightened; they should be repealed.”

Fuel economy standards increase driving so do not decrease emissions

“Increasing CAFE standards will not decrease the amount of pollution coming from the U.S. auto fleet. That’s because we regulate emissions per mile traveled, not per gallon of gasoline burned. Improvements in fuel efficiency reduce the cost of driving and thus increase vehicle miles traveled.”

Environment: What are the other environmental pros and cons?

By reducing emissions, it is important to consider how fuel economy standards will improve air quality and public health, particularly in metropolitan areas.

A 1992 National Research Council (NRC) report concluded, “Improvements in vehicle fuel economy will have indirect environmental impacts. For example, replacing the cast iron and steel components of vehicles with lighter weight materials (e.g., aluminum, plastics, or composites) may reduce fuel consumption but would generate a different set of environmental impacts, as well as result in different kinds of indirect energy consumption.”

Car-makers adjust to fuel economy costs by lowering other standards

“automakers have an incentive to offset the costs associated with improving fuel efficiency by spending less complying with federal pollution standards with which they currently over-comply.”

Economics: What are the economic pros and cons of fuel economy standards?

Fuel economy standards do not increase the cost of making cars

Fuel economy standards help reduce the amount of gasoline consumers use in traveling where they want to go. This means that they spend less on gasoline and have more money to spend on other things.

Gas savings make-up for any higher initial costs of vehicles

“For instance, the savings from buying a more fuel-efficient vehicle can offset the added cost of technology in less than a year by using technologies that are already available and manufacturing vehicles that achieve the CAFE standards and even go beyond them.”

“Michigan lawmakers year after year shielding Detroit from pressure to innovate on higher mileage standards, even though Detroit’s failure to sell more energy-efficient vehicles has clearly contributed to its brush with bankruptcy, its loss of market share to Toyota and Honda — whose fleets beat all U.S. automakers in fuel economy in 2007 — and its loss of jobs. G.M. today has 73,000 working U.A.W. members, compared with 225,000 a decade ago. Last year, Toyota overtook G.M. as the world’s biggest automaker.”

“Here are the facts: Thanks to the Michigan delegation, U.S. mileage standards for passenger car fleets have been frozen at 27.5 miles per gallon since 1985. Light trucks are even worse[…]Japan and Europe already have much better mileage standards for their auto fleets than the U.S. They both have many vehicles that could meet the U.S. goal for 2020 today, and they are committed to increasing their fleet standards toward 40 m.p.g. and above in the coming decade.”

NADA chairwoman Annette Sykora said in February 2008, “The consumer will decide what works and what doesn’t. It’s that simple. You can’t wave a government wand and make consumers buy a particular type of vehicle. This is not Europe.”

“The car manufacturers are partly right: It’ll cost lots of money to change over their product mix from big cars to more fuel-efficient models, to use lighter-weight materials and to develop new technology.”

“Of course, it’s easy to wag a finger at ‘wasteful’ pick-ups and SUVs from the halls of Congress — and the editorial pages of big city newspapers. But the fact is many people (farmers, people with trailers to pull or large families to haul, contractors, etc.) simply need these kinds of vehicles — and nothing else will do. You can’t tow 9,000 pounds with a Camry. Sometimes, miles-per-gallon is not the sole reason for buying a vehicle.”

“Recognizing that burning less fuel is beneficial for a multitude of reasons, those countries employ an array of policies designed to encourage frugality. Some countries have a higher sales tax on cars with bigger engines. The fuel itself is taxed, making its purchase sting enough that consumers are willing to sacrifice some interior space. The tax on diesel fuel is lower, encouraging sales of more fuel-efficient diesel-powered models. Friedman seeks to be seen as punishing “Detroit” rather than the little guy. And the little guy is a factor. People with lower income spend a proportionally higher amount of their money on gas, so liberals are reluctant to tax them directly.”

Fuel economy standards are a solution in search of a problem 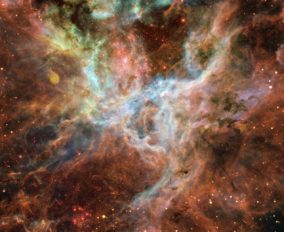