Is cellulosic ethanol a good "clean" energy source and solution to global warming? 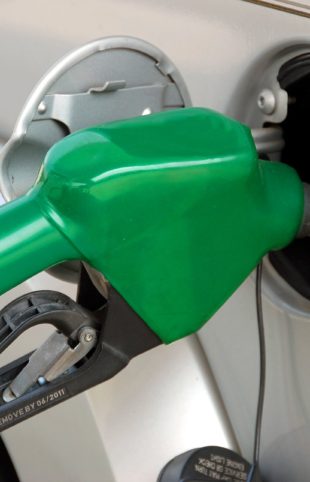 Cellulosic ethanol is a biofuel produced from wood, grasses, or the non-edible parts of plants. It is a type of biofuel produced from lignocellulose, a structural material that comprises much of the mass of plants. Lignocellulose is composed mainly of cellulose, hemicellulose and lignin. Corn stover, switchgrass, miscanthus, woodchips and the byproducts of lawn and tree maintenance are some of the more popular cellulosic materials for ethanol production. Production of ethanol from lignocellulose has the advantage of abundant and diverse raw material compared to sources like corn and cane sugars, but requires a greater amount of processing to make the sugar monomers available to the microorganisms that are typically used to produce ethanol by fermentation. Switchgrass and Miscanthus are the major biomass materials being studied today, due to their high productivity per acre. Cellulose, however, is contained in nearly every natural, free-growing plant, tree, and bush, in meadows, forests, and fields all over the world without agricultural effort or cost needed to make it grow. According to U.S. Department of Energy studies conducted by Argonne National Laboratory of the University of Chicago, one of the benefits of cellulosic ethanol is that it reduces greenhouse gas emissions (GHG) by 85% over reformulated gasoline. By contrast, starch ethanol (e.g., from corn), which most frequently uses natural gas to provide energy for the process, may not reduce GHG emissions at all depending on how the starch-based feedstock is produced. But, is burning fuels of any kind a good idea? Or, is moving to a purely renewable electric economy the way to go? Should governments actively support and fund the development of cellulosic ethanol? These and other questions are explored below.

Cellulosic ethanol packs many times the energy of corn ethanol

“yields from a grass that only needs to be planted once would deliver an average of 13.1 megajoules of energy as ethanol for every megajoule of petroleum consumed—in the form of nitrogen fertilizers or diesel for tractors—growing them….switchgrass ethanol delivers 540 percent of the energy used to produce it, compared with just roughly 25 percent more energy returned by corn-based ethanol according to the most optimistic studies.”

Cellulosic ethanol can be 0 emissions.

Devon Dartnell, biomass program manager for the Georgia Forestry Commission, said in 2007: “This gives us energy security and it keeps all the money in-state. Today, if we buy a tank of gasoline, a lot of money ends up with the oil reserve owners and refiners, and it’s spread all around the world.”

Cellulosic ethanol is sustainable bridge while new technologies are built.

Kelly Tiller, director of external operations for the University of Tennessee’s office of bioenergy programs asks, what are the alternatives? “There is no perfect solution. This is a sustainable bridge while we develop new technologies.”[1]

Cellulosic ethanol is just one (good) part of the solution.

“The arguments in favor of cellulosic ethanol as a replacement for gasoline in cars and trucks are compelling. Cellulosic ethanol can reduce our dependence on imported oil, increase our energy security, reduce our trade deficit, and rural economies can benefit in the form of increased incomes and jobs. Growing ‘energy crops’ and harvesting agricultural residuals are projected to increase the value of farm crops, reducing or possibly eliminating the need for some agricultural subsidies. Cellulosic ethanol also provides positive environmental benefits in the form of reductions in greenhouse gas emissions and air pollution.”

“if American corns fields of average yield were converted to switchgrass for [cellulosic] ethanol, replacing that corn would still trigger emissions from land use change that would take 52 years to pay back and increase emissions over 30 years by 50%.”

“Despite the hype, cellulosic ethanol is no closer to commercial viability than it was when Midgley first began talking about it back in 1921. Turning switchgrass, straw or corn cobs into sizable volumes of motor fuel is remarkably inefficient. It is devilishly difficult to break down cellulose into materials that can be fermented into alcohol. And even if that process were somehow made easier, its environmental effects have also been called into question. A September 2008 study on alternative automotive fuels done by Jan Kreider, a professor emeritus of engineering at the University of Colorado, and Peter S. Curtiss, a Boulder-based engineer, found that the production of cellulosic ethanol required about 42 times as much water and emitted about 50 percent more carbon dioxide than standard gasoline. Furthermore, Kreider and Curtiss found that, as with corn ethanol, the amount of energy that could be gained by producing cellulosic ethanol was negligible.”

Electric cars are the future, not fuel-based cars.

Electric cars, which get their electricity from renewable sources such as wind or solar power, are the future. They are far more efficient than cellulosic fuel processes, converting energy much more directly from wind turbines and solar panels into the drive-train of the vehicle. Growing plants on lands, harvesting them, chopping them up, breaking them down with enzymes into ethanol, transporting them to gas-stations, and then burning them as fuel in the end-use vehicle is a far less efficient process than transporting electrons over wires directly from wind-turbines to homes or electric powering stations for electric cars. And, cellulosic ethanol degrades local air quality with non-C02 emissions and entails a variety of other risks (like deforestation) that do not surround electric vehicles.

“The benefits to wildlife and the carbon storage [of planting switchgrass are] valid if your baseline is traditional farming. But as Searchinger and his colleagues pointed out in their 2008 Science article, truly excess cropland eventually reverts to forest. And when that happens, you’d get all the wildlife-friendly, carbon-storing benefits that ensue. If you plant switchgrass there instead, those benefits are lost. ‘You have to look at what you give up,’ says Searchinger. As for growing switchgrass along highways or under power lines, that’s all good, but it would put just a small dent in the problem.”

“Another argument is that the ethanol could burn hot enough to hurt catalytic converters or eat away the seals in various parts of the engine, resulting in higher emissions.”

Land-use: Can problems of land-use surrounding cellulosic ethanol be avoided

Cellulosic ethanol can be grown on otherwise unused land

“Estes argues that switchgrass would be planted mainly on fallow farmland. ‘Where we’re looking at growing these crops, there isn’t anything growing there anyway,’ she says. Kelly Tiller, director of external operations for the University of Tennessee’s office of bioenergy programs, notes that planting switchgrass ‘has good wildlife benefits’ and that it stores carbon in the soil. And she points out that there are some places where switchgrass could be grown with no environmental costs at all: within highway medians, for example, or along power-line rights-of-way.'”

akes cellulosic ethanol roughly three times as cheap per unit of energy and three-times as efficient in terms of land-use, compared to corn ethanol. This makes it a viable and environmentally-friendly alternative to corn and other forms of ethanol.

Making ethanol from forestry or agricultural waste does not involve the same intensive farming as corn, which requires more water and labor, cellulosic ethanol proponents say.

Cellulosic ethanol production does not compete with food production

Cellulosic ethanol is wood and grass-based. The farming of these non-edible plants does not compete with food-farming, nor have the potential to directly affect food prices.

“Growing ‘energy crops’ and harvesting agricultural residuals are projected to increase the value of farm crops, reducing or possibly eliminating the need for some agricultural subsidies.”

Waste products can be recycled to produce cellulosic ethanol

There is not enough land too grow sufficient cellulosic ethanol

“A simple thought experiment sheds light on the dark side of grassoline. Suppose you replaced all the gasoline the United States now uses with switchgrass-derived ethanol. How much land would that take? The United States consumes 522 billion L of gasoline a year. Because of the difference in energy density, you need about 1.5 L of ethanol to replace a liter of gasoline. So the yearly requirement for ethanol would be about 780 billion L. A hectare of switchgrass can supply about 4700 L of ethanol a year, so the United States would need to devote roughly 170 million hectares (420 million acres) to it. That’s an enormous quantity of land—almost as much as the country now devotes to farming. And even if you covered all that land with switchgrass, it wouldn’t produce enough fuel to supply the country’s diesel trucks and buses, its jet aircraft, or the homes and businesses that use petroleum for heating fuel.”

“Carpeting the continent with enough switchgrass to displace all that petroleum use is theoretically possible—but it would be an environmental catastrophe on many counts. For one, it would devastate what’s left of the already besieged wilderness. And according to estimates that Timothy Searchinger of Princeton University and his colleagues published in the journal Science in 2008, it would also exacerbate the world’s greenhouse-gas problem, not help solve it. That’s because even if switchgrass agriculture were limited to established cropland, we’d end up having to convert forests and other land to agriculture just to feed ourselves. That in turn would release huge amounts of carbon dioxide into the atmosphere.”