Is a US National Renewable Energy Standard a good idea?

In September and October of 2010, the United States Congress considered legislation for a National Renewable Energy Standard. This would require that all US utilities get 15% of their electricity from renewable sources by the year 2020. The question is whether this is a good idea, and whether congressmen and women and senators should vote in favor of the legislation. RES mechanisms generally place an obligation on electricity supply companies to produce a specified fraction of their electricity from renewable energy sources. Certified renewable energy generators earn certificates for every unit of electricity they produce and can sell these along with their electricity to supply companies. Supply companies then pass the certificates to some form of regulatory body to demonstrate their compliance with their regulatory obligations. Because it is a market mandate, the RES relies almost entirely on the private market for its implementation. The main questions framing this debate include: Will an RES help cut emissions and solve climate change?; Will it be economically viable and help spur a clean energy economy or will it increase electricity costs too much?; Will it respect state rights and independent energy standards; And, is their sufficient public and political support for it?

“In terms of the real effects of this policy, the passage of this bill would send a stable signal to companies that there will be a market for renewable energy in America ten years down the road, although it will do nothing to guarantee that it will be a robust market. With the impending changes in Congress’s make up as well as the expirations of the Clean Energy Treasury Grant Program, the Production Tax Credit (PTC), the Investment Tax Credit (ITC) and ARRA’s funding for energy innovation and deployment, America’s clean-energy sector may be heading towards a cliff. Although the RES will do little to push America’s market for clean-energy past business-as-usual, it will ensure that the market doesn’t begin moving backwards. For this reason it is important that this particular bill, in the words of Wentworth, provides a “floor, not a ceiling” for America’s clean-energy economy.” And, of course, growing America’s clean energy economy in this way will help lower US emissions and fight climate change.

Reduced emissions from RES may have no impact on climate change

“The alleged rationale for RES is to reduce carbon dioxide emissions and thereby forestall global warming (now “climate disruption”) although there is no credible evidence that reduced emissions will have a measurable effect on climate.”

Economy: Is a renewable energy standard good for the economy?

“Last week, the American Wind Energy Association held a webinar that went through a study by Navigant Consulting, pointing to the many ways passing a national renewable electricity standard would lead to an economic boon across the U.S. It seems that the FOXNews message that a climate change bill would hurt job growth is untrue. (Surprised?) Paired with rigorous renewable energy standards, Navigant Consulting suggests that 274,000 blue collar construction jobs could be added in areas of the country that need both jobs and renewable energy. While Navigant based its assumptions on the big “if” that climate change legislation passes both houses, however its study should increase the momentum toward such a result. The bad news is that without a climate change/ increased renewable energy standard combination, all states will see renewable energy jobs cut between the years 2010 and 2025, with the heaviest losses in California. Why? Because without increasing requirements for sustainable energy that drive up the demand for renewable energy in other states, California’s proliferating cleantech business is likely to plateau after meeting California’s needs.”

RES will cause electricity to rise only slightly, then decline.

A 2010 Energy Information Administration, a branch of the Department of Energy, estimated a 25 percent renewable electricity standard would raise electricity prices by up to 3 percent in the next decade, but have a negligible impact by 2030. The analysis also found that such an RES would cut electricity sector carbon dioxide emissions by 7 to 12 percent by 2030.[1]

A 2010 Ernst & Young report, found that China has passed the U.S. for the first time to become the most attractive destination for global clean energy investment: “This issue sees the US relinquishing its top position held since 2006 — dropping two points to slip behind China, effectively crowning the Asian giant the most attractive market for renewables investment. This follows the failure in the US Senate’s proposed energy bill to include a Federal Renewable Energy Standard (RES) provision.”[2]

“Policy-wise, [a national renewable energy strategy] should be a no-brainer. To date, U.S. clean energy industries have been supported, if at all, by tax credits, which tend to come and go contingent on the political atmosphere and the mood of the Ways and Means Committee.”

“So will renewables soon be cost competitive? There are reasons to doubt they will be. Taking EIA projections with the requisite grain of salt, the agency’s Annual Energy Outlook for 2010 estimated the levelized costs [PDF] of various generation plants in 2016. Levelized costs include the cost of constructing a plant, the time required to construct a plant, the non-fuel costs of operating a plant, the fuel costs, the cost of financing, and the utilization of a plant. The levelized costs per megawatt hour are $100 for conventional coal power, rising to $129 for advanced coal with carbon capture and sequestration. On-shore wind costs are $149 per megawatt hour, and off-shore costs are $191. The cost of solar photovoltaic power is $396 per megawatt hour and solar thermal is $257. For what it’s worth, advanced nuclear comes in at $119 per megawatt hour. Crudely, these levelized costs suggest that substituting wind for conventional coal under a 20 percent mandate would boost electricity prices by 10 percent. Similarly substituting solar photovoltaic power would increase electricity prices by about 20 percent.”

“Another hyped reason is to decrease our dependence on foreign oil, but the U.S. has abundant domestic resources of fossil fuels. The Obama regime, however, seems to be doing all it can to make those resources unavailable.”

“National renewable energy standards for electricity will have the effect of a national energy tax which will raise rates on families and businesses, cause loss of jobs, and further depress the economy. What was that promise Obama made about taxes and the middle class? Renewable energy standards are just another rip-off of consumers and taxpayers by rent-seekers, lobbyists, and radical greens.”

“In response to challenging economic conditions, local Virginia retailer Barb Werner has cut costs to the bone, eaten every cost increase without raising prices and forgone her own salary to maintain her employees. Her shop, Black-Eyed Susan, on Church Street in Vienna, is known for its unique merchandise at reasonable prices. If energy costs go up, she says she will have to cut staff. Her margins only allow her to absorb so much. And she predicts that everyone she buys from — mainly small U.S. manufacturers — will be forced to raise their prices, too, which means she will be forced to raise hers and lose the competitive advantage she currently enjoys. Higher energy prices are one more cost burden she — and all small-business owners — would have to bear. ‘It’s a slap in the face,’ she said. A comprehensive energy policy is critical for our nation, but it cannot come at the expense of the small-business sector — the backbone of our economy. President Obama and congressional leaders say they want to help small businesses create jobs and grow, but the RES mandate along with other intrusive regulations that will raise costs are non-starters.” 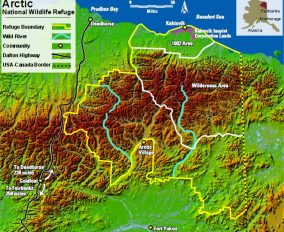