Should Bosnian Serb Republika Srpska secede from Bosnia and Herzegovina?

Controversy and debate has been generated in recent years by some Bosnian Serb leaders who have made calls for Republika Srpska to secede from Bosnia. This debate must be understood in the broader context of Bosnia and Herzegovenia. Following the collapse of Yugoslavia in 1992, a civil war erupted in the newly established Bosnia that pitted Bosnian Croats, Bosnian Muslims, and Bosnian Serbs against one-another. The Dayton Accords ended the conflict in December of 1995, establishing modern-day Bosnia and Herzegovina, a state in which power is decentralized between two governing entities, the Federation of Bosnia and Herzegovina (consisting of mostly Bosnian Croats and Bosnian Muslims) and Republika Srpska (consisting mainly of Bosnian Serbs).

SNP President Dane Cankovic told a press conference at the Tanjug Press Center in Banja Luka, capital of Republika Srpska in Bosnia, in November of 2007. – “The RS and Kosovo-Metohija have nothing in common, provided Kosovo-Metohija remains within the composition of the state of Serbia, since that is in keeping with international law and justice. But there is a connection if the Kosovo Albanian parliament proclaims independence, because that would give the National Assembly the right to proclaim the RS an independent state”.[1]

Serb Movement of Independent Associations (SPONA) chairman Branislav Dukic said at a news conference in Banja Luka said in February 2008 – “If Kosovo proclaims independence, we shall request independence for the Serb Republic as well …] If Kosovo’s illegal parliament may declare independence, there is no reason why the Republika Srpska legal parliament would not have that right […] In case of a unilateral declaration of Kosovo’s independence, others can also develop such ideas.”[2]

Republika Srpska has a right to self-determination by referendum

“An emergency sitting of the Bosnian Serb entity of Republika Srpska (RS) People`s Assembly adopted the Resolution on the goals and policy measures of Republika Srpska. The sitting was summoned due to the newly developed situation in Bosnia-Herzegovina. The new Resolution does not mention a referendum on Republika Srpska independence, but it states that Constitutional changes in BH can only be implemented within institutions of RS and BH, Pincom reports. […] Among other things, the RS Assembly has adopted the Resolution on repudiation of Kosovo independence, while it mentions that the RS has the right to determine its state-legal status via referendum.”

Republika Srpska does not fit criteria for statehood like Kosovo

“While countless op-eds have been written about Kosovo independence and concerns over the likely precedent its recognition would set, the potential precedent of the RS is much more concerning, regardless of one’s ideological bent, than are the vulnerable dominoes of its quasi-state counterparts in the Balkans and the former Soviet Union- and for a number of reasons. The RS is not a product of centuries or even generations of population changes; it is not bounded by natural geographical markers; and it does not have any historical basis. It is, quite simply, the construct that remained after the ethnic cleansing and military campaigns of 1992 (and later 1995) purged this territory of non-Serbs, resulting in a boomerang-shaped region that proclaimed itself the Republika Srpska as war swept the country.”

“Bosnian Presidency’s Silajdzic says Serb entity trying to act ‘independent’.” BBC. 15 Sept. 2008 – “Sarajevo, 15 September: The chairman of Bosnia-Hercegovina’s tripartite presidency, Haris Silajdzic, on Monday [15 September] accused the Bosnian Serb authorities of violating the Bosnian Constitution, and confirmed that he had initiated a dispute before the Constitutional Court to suspend decisions that promote the Bosnian Serb entity, Republika Srpska, as an independent state. “The authorities of Republika Srpska want to win the status of a separate and independent international entity,” Silajdzic told a news conference in Sarajevo.”

“Introduction: Ten years after the peace accords for Bosnia and Herzegovina were signed in Dayton, Ohio, the country remains divided. The peace accords served their main aim – to end the 1992-1995 conflict – but their power sharing provisions are now seen as an obstacle to peacebuilding and democratization. The political representatives of the three main ethnic groups have not managed to govern jointly. Instead, the international community’s High Representative has imposed laws and removed several politicians from office. For the sake of efficacy, these measures have substituted normal procedures for accountability and democratic legitimacy. The case raises pertinent questions about governance in post-war societies. In what ways does power sharing facilitate, or obstruct, the transition of divided societies towards a secure democracy?

If Republika Srpska secedes from Bosnia and Herzegovina, nearly a dozen other break-away regions around the world would be bolstered in their ambitions. This would compound the precedent set by Kosovo’s declaration of independence, and foment greater conflict in the world.

“if the Serbian Republic declared independence, Croatia would respond by sending in troops, while the Bosnian Muslims would take up arms. If Banja Luka, the capital of the Serbian Republic, were to fall, he continued, Serbia would be provoked into entering the fray, leading to the prospect of a regional war. […] ‘For the first time in years, people are talking about war,’ Latal said. ‘They are tired of it, and they don’t want it. But it is not beyond the realm of possibility.'”

Maroje Mihovilović. Putin lashes out at the West by way of Republika Srpska. National.hr. 11 Aug. 2007

“up to now the Russian-Serbian political love affair has been limited only to the issue of Kosovo, and to Serbia; the Republika Srpska was outside of this. These last days, after Lajcak’s measures, the situation has changed significantly. Suddenly Russia has become involved in the situation in Bosnia & Herzegovina in the same fashion it is involved in the events around Kosovo.”

There is little threat of Republika Srpska seeking independence

Dayton accords: Would independence be justified under Dayton Accords?

“the decentralized political system that Dayton engineered has entrenched rather than healed ethnic divisions. Even in communities where Serbs, Muslims and Croats live side by side, some opt to send their children to the same schools, but in different shifts […] And the country’s leaders are so busy fighting one another that they are impeding Bosnia from progressing. Locked in an impasse of mutual recrimination are Haris Silajdzic – the Muslim representative of the country’s three-member presidency, who has called for the Serbian Republic to be abolished – and the Bosnian Serb prime minister, Milorad Dodik, who is supported by Russia and Serbia and who has dangled the threat that his republic could secede.”

Republika Srpska has right to secede to protect right to exist

Prime Minister of Republika Srpska (RS) Milorad Dodik stated, “If Sarajevo persists in claiming that the Bosnian Serb entity RS should not exist and is a genocidal creature, they will get the answer called ‘people’ and ‘referendum’ [on independence]”.[4]

Dayton/Bosnia failures give cause to Republika Srpska secession

"Who Will Accept The Dayton Agreement?". Washington Post. 1 May 2008

“Political realists, including the Bosnian Serb leadership and their constituency, Russia, and to an increasing extent the European Union and critics of the international experiment in post-Dayton BiH, interpret the Dayton Constitution as a framework for a highly devolved state in which the center holds the absolute minimum competencies. The war is framed in an “all sides were guilty” lens, and the post-war demographic and geographic realities simply accepted. In this view, the RS is a region that gained its legitimacy through Dayton, and should therefore be viewed as any other regional political unit, such as Flanders or Catalonia.”

Bosnia has made great progress; Serbs should not secede

“Until the reversals of the past two years, BiH was making progress (albeit non-linear and imperfect) in its state-strengthening enterprise. A constitutional court decision affirmed the equality of all “constituent peoples” (i.e., Bosniaks, Serbs, and Croats) throughout all of the BiH territory. Return has happened, though it cannot come close to reversing the wartime displacement. State structures were established. Fear began to evaporate. Hate speech was increasingly removed from classrooms and textbooks. And citizens throughout the country reveled in their shared disgust of politicians, though continuing to vote for them along ethnic lines. But just as these advances were beginning to take modest root, there was a retreat by the international community, and support for moderate voices was steadily withdrawn, allowing hardliners to regroup. The consequences are continuing to play out.”

RS should take every action that it can to ensure the integrity of the Dayton Accords, which have ensured peace and stability for more than a decade in a formerly war torn country. They should make every effort to preserve this agreement and this peace. If this entails some sacrifices, that should be tolerated within the RS. 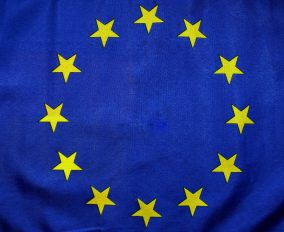