Issue Report: Assassination of a Dictator

Can the assassination of a dictator be justified? 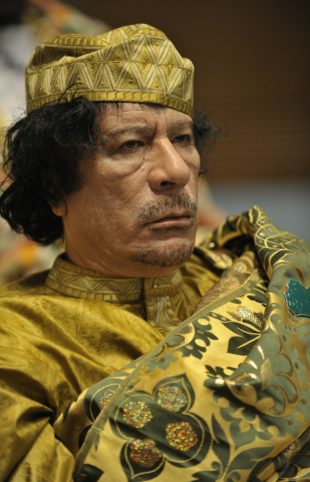 Assassination can be defined as the targeted killing of an individual for political reasons in peacetime. It can be undertaken by individual citizens, or by the agents of another state, but in either case it takes place without any legal process. Assassinating a dictator is often considered in the context of Hitler and Stalin, or of secret CIA action against foreign leaders such as Fidel Castro in the Cold War period (after this became public knowledge in the mid-1970s US Presidents have banned the use of assassination by Executive Order). However, this issue regained topicality in the 1990s as leaders such as Saddam Hussein and Slobodan Milosevic pursued bloody careers which threatened international peace. In recent years US airstrikes apparently aimed at killing Muammar Qaddafi of Libya (1986), Osama Bin Laden (1998) and Saddam Hussein (1991 and 2003) have provoked argument – were these assassination attempts or did these leaders have the status of enemy combatants in a time of war? Certainly the UN Charter (Article 24) and various conventions (e.g New York Convention) clearly appear to make assassination in peacetime against international law. The arguments below focus on the issue of assassination of a dictator in peacetime, although many of them would also apply to the specific military targeting of foreign leaders in a time of war. The topic can be debated from the perspective of internal opposition movements seeking to rid their country of dictatorship, or from the perspective of the international community.

If a tyrant comes to power by illegitimate, undemocratic means and directly suppresses, harms, and kills the citizens of a state, that tyrant loses all legitimacy to the continued occupation of office. If it is impossible to depose the leader by more subtle means of opposition and democratic voting, the only route to freedom may be assassination. In such cases, assassination is certainly justifiable.

If a tyrant directly contravenes societal welfare, it can be justified to assassinate him or her.

Dictatorial systems are highly personal, so removing the driving force behind such a regime will result in its collapse, allowing a more popular and liberal government to replace it.

Killing dictators will not cause the fall of a regime

Killing one individual will achieve nothing; dictators are part of a wider ruling elite from which someone sharing the same autocratic values will emerge to take their place. This successor is likely to use the assassination as the excuse for further repression.

If an attempt is made on the life of a tyrant, one result is that the tyrant will become more paranoid and take measures to strengthen his or her grip on power. Another result is that supporters of the tyrant and fence-straddlers may come out in support and unity behind their leader. This would leave a people worse off as far as deposing their tyrant. Assassination attempts, therefore, entail great risks of back-firing.

Change: Is assassinating a dictator a good means to affecting change?

Assassinating a dictator can help correct the behavior of a regime

Assassination of a dictator may be the only way to effect change in a country where a repressive police state prevents any possibility of internal opposition. Cowed populaces need a signal in order to find the courage to campaign for change. If there is no way to bring tyrants guilty of terrorising their own people to justice, then assassination can be justified. And the example elsewhere of assassinated dictators will act as a warning to would be tyrants in future.

In that time not only will many more people suffer under a repressive system, but the policies pursued by an out-of-touch and unrepresentative regime are likely to do serious (if unintentional) harm to the whole nation and its economy, making eventual rebuilding much more costly in both human and economic terms.

Assassination can counter-productively rally citizens around a regime

Assassination is likely to be counter-productive, rallying popular feeling around a repressive regime as external enemies or internal minorities are blamed, rightly or wrongly, for the act. This is even more likely to result from an unsuccessful assassination. Furthermore an alternative now exists for bringing dictators to justice. Regime change has been shown to be possible in a number of countries and former dictators are being held to account for their actions. The Special UN Tribunal for Former Yugoslavia has been able to put Slobodan Milosevic on trial, and Saddam Hussein is facing justice in Iraq. The International Criminal Court now provides a permanent forum for such action to be taken, and is itself a deterrent to would-be tyrants in the future.

To liberalize a regime, there are better ways than assassination

Alternatives such as constructive engagement or economic sanctions are preferable and much more likely to result in eventual liberalisation of the regime, albeit slowly. The examples of Eastern Europe in 1989 and Yugoslavia in 2000 show that even in apparently hopeless cases, change can come through popular action, often quickly and without great violence. Cambodia in 1979, Afghanistan in 2002 and Iraq in 2003 all saw dictatorships quickly overthrown by external forces.

Assassinating a dictator can be a utilitarian good for a society

many deaths and much suffering could be prevented if one man is killed. The greater good demands a single evil act is done, especially if it would avert the immediate and certain danger of much worse evil. Who now wouldn’t wish that Hitler had been killed in 1933?

If scruples over the morality of our actions prevent us pursuing a greater good, it will never be possible to oppose evil effectively. Dictators themselves ignore normal ethical standards and international conventions, so they effectively place themselves beyond the protection of the law.

Philosophers throughout history have supported tyrannicide

“Tyrannicide has had support from various philosophers and theologians through the centuries, including the ancient Greeks and Romans, most notably Cicero; Catholics, most notably John of Salisbury (d. 1180) Jean Petit (d. 1411), and Suarez (d. 1617); and Protestants, most notably, Luther, Melanchthon, Zwingli, and Calvin.” And, Thomas Aquinas.

The idea that assassinations can prevent evils is questionable

The argument that much evil can be prevented by such action is highly questionable. The figurehead of an evil government is not necessarily the lynchpin that holds it together. Thus, if Hitler had been assassinated, it is pure conjecture that the Nazis would have acted any differently to how they did act.

If we assume the role of executioner without the backing of law we are sinking down to the level of the dictators. Any new government founded upon such an arbitrary act will lack moral legitimacy, undermining its popular support and making its failure likely. Consider the long civil war in Rome after the assassination of Julius Caesar in 44 B.C, or the failure of the British Commonwealth after the execution of Charles I in 1649.

Legitimizing assassination cheapens the value of life. By assuming the power to take life arbitrarily, even in an apparently good cause, we cheapen the value of life itself. Many terrorists, criminals, or indeed dictators could and have claimed similar legitimacy for their violent actions. Only if we ourselves respect human rights absolutely, will our promotion of these values seem valid to others. States that use assassination as a political weapon will soon find that others seek to turn it against them.

Even tyrants have a right to life, which assassinations violate

The right to life is inviolable. It is so important to preserve that we even extend it to tyrants. 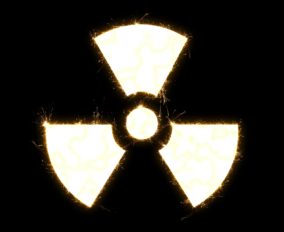