Is Barack Obama justified in his willingness to talk to foreign leaders without preconditions?

The debate over Barack Obama’s position on meeting with foreign leaders without preconditions became a central component of the 2008 elections during a CNN/YouTube debate, on July 24th, 2007. He was asked, “Would you be willing to meet separately, without precondition, during the first year of your administration, in Washington or anywhere else, with the leaders of Iran, Syria, Venezuela, Cuba and North Korea, in order to bridge the gap that divides our countries?” Obama responded, “I would. And the reason is this, that the notion that somehow not talking to countries is punishment to them — which has been the guiding diplomatic principle of this administration — is ridiculous.”

Position: What is obama's position? Has it been constant or shifted?

Obama has not changed positions on meeting hostile leaders

s not changed positions on meeting hostile leaders without preconditions, as has been claimed by his opponents. He has always held that he is willing to meet without specific behavioral preconditions, at the same time as saying that he would not meet without specific US interests being involved and without diplomatic preparations being made first (specifically, lower level diplomatic relations). While he has clarified that this is his position, and given nuance to it in specific situations (such as in rejecting meeting with leaders of Hamas (an Palestinian organization currently considered to be a terrorist organization in the United States), this should not be confused with “changing positions” or “flip-flopping”. See the argument that

to view the long and constant history of this position.

McCain has no case against meeting hostile leaders; relies on Obama's "changing positions".

John McCain and the Republican’s position against Obama’s position on meeting with foreign leaders relies almost entirely on the shallow premise that Obama has “changed positions”. This has nothing to do with the principle of the matter of meeting with hostile foreign leaders, for which McCain presents no serious opposing case based on principled arguments.

“The preparation [for talks] would involve starting with low level, lower-level diplomatic contacts, having our diplomatic core work through with Iranian counterparts — an agenda. But what I have said is that, at some point, I would be willing to meet.”

Obama is only willing to meet rogue leaders when it's in US interests.

Meeting without “preconditions” does not mean meeting with rogue leaders without any specific purpose in mind that relates to US and global interests. Furthermore, a willingness to meet with rogue leaders is not a promise to meet. Obama has not committed to meeting with all rogue leaders. He has only said that he is willing to meet without setting pre-conditions regarding the behavior of those states. An important condition on all meetings remains: that it be within US strategic interests to meet, and work toward something.

Obama would meet Amadinejad, but he may fall out of power

Barack Obama said in May 2008, “There’s no reason why we would necessarily meet with Ahmadinejad before we know that he was actually in power. He’s not the most powerful person in Iran.”[1]

Obama has flip-flopped on meeting with hostile foreign leaders

QUESTION: “[W]ould you be willing to meet separately, without precondition, during the first year of your administration, in Washington or anywhere else, with the leaders of Iran, Syria, Venezuela, Cuba and North Korea, in order to bridge the gap that divides our countries?”… OBAMA: “I would. And the reason is this, that the notion that somehow not talking to countries is punishment to them — which has been the guiding diplomatic principle of this administration – is ridiculous.” (CNN/YouTube Democrat Presidential Candidate Debate, Charleston, SC, 7/23/07)

US has a history of meeting rogue leaders without preconditions

President Dwight D. Eisenhower’s invited Soviet leader Nikita Khrushchev to the White House in 1959. President Kennedy met with Nikita Khrushchev at a time when the two nations were on the brink of nuclear war. Kennedy said, we should never negotiate out of fear but we should never fear to negotiate. President Nixon met with China’s Mao Zedong, even “with the knowledge that Mao had exterminated millions of people.” It is also notable that Teddy Roosevelt engaged with the world so openly, particularly because John McCain claims to model his career after him. Barack Obama has noted, on many occasions, the diplomatic history of the United States in engaging with hostile foreign leaders. “what I have said is that at some point I would be willing to meet…what’s puzzling is that we view this as in any way controversial when this has been the history of U.S. diplomacy until very recently…the tough but engaged diplomacy that I am suggesting is the kind that was carried out by John Kennedy, it was carried out by Richard Nixon, and it was carried out by Ronald Reagan. There is a strong bipartisan tradition of engaging in that kind of diplomacy. You mirror military strength with aggressive, effective, tough diplomacy.”[2]

John F. Kennedy said, famously, we should never negotiate out of fear but we should never fear to negotiate. Barack Obama continues that legacy, saying “The next president has a job to do to repair our image and to send a signal … that a new era is being ushered in and that we are not afraid to talk to anybody, including those who we have grave problems with.”[3]

The greatest philosophers in history have all espoused the importance of compassion, empathy, humility, and open-mindedness to one’s enemies. Jesus Christ even espoused the principle of loving one’s enemy. A willingness to speak with hostile nations upholds the principles. Shutting off contacts does not.

Ideologically stubborn to meet only after preconditions met

– “The point is that I would not refuse to meet until they agree to every position that we want, but that doesn’t mean that we would not have preparation.

Talking to your enemies is not a concession

Obama, D-Ill., said after being asked at the CNN/YouTube debate whether he would meet with rogue nations without preconditions, replied, “Yes. I would. And the reason is this: that the notion that somehow not talking to countries is punishment to them — which has been the guiding diplomatic principle of this administration — is ridiculous.”[4]

Iran sponsors terrorists; wrong to talk with them

– State Department’s Recently Released Annual Terrorism Report Says That Iran Is The World’s “Most Active” State Sponsor Of Terrorism. “Iran remained the most active state sponsor of terrorism. Elements of its Islamic Revolutionary Guard Corps (IRGC) were directly involved in the planning and support of terrorist acts throughout the region and continued to support a variety of groups in their use of terrorism to advance their common regional goals. Iran provides aid to Palestinian terrorist groups, Lebanese Hizballah, Iraq-based militants, and Taliban fighters in Afghanistan.” (“Country Reports On Terrorism,” U.S. Department Of State, Office Of The Coordinator For Counterterrorism, 4/30/08)

Iranian leaders are evil; wrong to meet with them

Strategy: Is meeting with hostile leaders a sound strategy?

– “Dealing with Iran and Syria is controversial. Nevertheless, it is our view that in diplomacy, a nation can and should engage its adversaries and enemies to try to resolve conflicts and differences consistent with its own interests. Accordingly, the Support Group should actively engage Iran and Syria in its diplomatic dialogue, without preconditions.”

Not talking to enemies fails to change their behavior

Obama said in May 2008 that John McCain has a “naive and irresponsible belief that tough talk from Washington will somehow cause Iran to give up its nuclear program and support of terrorism.”[6]

Antagonizing diplomacy has, under the Bush administration, arguably worsened the United States’ position by creating a self-perpetuating prophecy, in which hostile diplomacy causes foreign nations to feel obliged to protect themselves via seemingly more hostile actions. Indeed, transcripts from both Iran and North Korea demonstrate that the United State’s diplomatic hostility (and preparations for war scenarios), caused both Iran and North Korea to feel obliged to build-up their defenses. This, in turn, was interpreted in Washington as a furtherance of hostile actions. Speaking with these hostile nations without preconditions can help break the cycle of hostile relations leading to more hostile behavior.

Not meeting hostile leaders is a failed Bush policy

The Bush administration has long said that it is unwilling to talk to hostile leaders in nations such as Syria, Iran, North Korea, Palestine (Hamas), Cuba, Venezuela, and elsewhere until they meet certain conditions. And yet, this policy has achieved virtually no progress in all of these nations.

Talking to Iran is like appeasing the Nazis prior to WWII.

Hilary Clinton referred to Obama as “irresponsible and, frankly, naive”, referring to his willingness to meet with leaders of hostile nations without preconditions.[7] 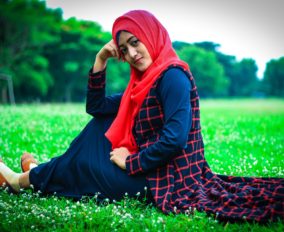