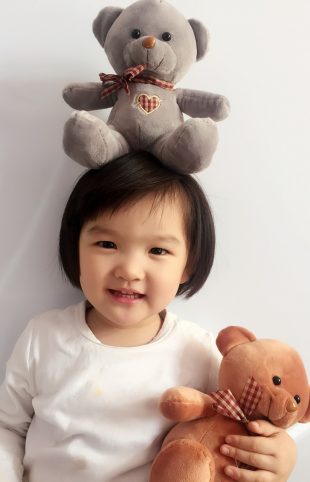 China’s one-child policy is the population control policy of the People’s Republic of China (PRC) that limits all families (with some exceptions) to no more than one child. The Chinese government introduced the policy in 1979 to alleviate social and environmental problems determined to be a result of over population. The policy is controversial both within and outside China for a variety of reasons. Many consider child-birth to be a sacred, inalienable right of citizens. Others worry about the economic and social consequences of a policy that risks creating a more aged population. The policy is enforced at the provincial level through fines that are imposed based on the income of the family and other factors. However, there are still many citizens that continue to have more than one child. In April of 2010, a new Chinese census showed that the population, the world’s largest, rose to 1.34 billion as of last year, from 1.27 billion in 2000. This put its average annual growth at 0.57 per cent over the decade, down from 1.07 per cent in 1990-2000. It also showed that people over the age of 60 now account for 13.3 per cent of China’s population, compared to 10.3 per cent in 2000. Its reserve of future workers also dwindled, with people under 14 now make up 16.6 per cent of the population, down from 23 per cent 10 years ago.[1]All of this sparked renewed debate on the subject.

Population: Is the policy key to controlling China's population?

Global population growth is considered by many to be a crisis. With 1.3 billion people, a fifth of the world’s population, China must be a major part of the solution to the global population crisis. “One child” is a pillar of this global solution.

China would have far too many children if not for "one child".

China estimates that it has three to four hundred million fewer people today with the one child policy than it would have had otherwise.

Ending China's "one-child" policy would cause a population spike

Joseph Chamie, former head of the United Nations population division and now head of the Center for Migration Studies – “Today the fertility level in China is around 1.7 children per woman. if China were to relax its one-child policy, then it’s reasonable to expect that fertility would rise. How much? Well, if fertility increased to replacement level of 2.1 (an increase of just under a half a child), which is not unreasonable given desired family size, the country’s annual number of births would increase by nearly 30 percent, or approximately five million additional births. By midcentury, this would add up to nearly a quarter-billion more Chinese than currently projected by the U.N. And given China’s impact on the environment, especially greenhouse gas emissions, this change of policy clearly portends a great deal.”[2]

The reduction in fertility rate and thus population size reduced the severity of problems that come with overpopulation, like epidemics, slums, overwhelmed social services (health, education, law enforcement, and more), and strain on the ecosystem from abuse of fertile land and production of high volumes of waste.

"One child" changed tradition that more children is better

The symbolism of “one child” is very important in ending the conventional belief that more children is better.

"China's population: The most surprising demographic crisis." The Economist. May 5th 2011

: “coercive controls had little to do with lowering fertility, which would have happened anyway. Countries that simply improved access to contraceptives—Thailand and Indonesia, for instance—did as much to reduce fertility as China, with its draconian policies. Taiwan, which the government in Beijing regards as an integral part of China, cut its fertility rate as much as China without population controls.”

"One child" is only partly responsible for reducing China's fertility rates

Hasketh, Lu, and Xingobserved: “the policy itself is probably only partially responsible for the reduction in the total fertility rate. The most dramatic decrease in the rate actually occurred before the policy was imposed. Between 1970 and 1979, the largely voluntary “late, long, few” policy, which called for later childbearing, greater spacing between children, and fewer children, had already resulted in a halving of the total fertility rate, from 5.9 to 2.9. After the one-child policy was introduced, there was a more gradual fall in the rate until 1995, and it has more or less stabilized at approximately 1.7 since then.”

As argued above, there are ways to achieve population-size sustainability without implementing a “one child” policy. There are alternative means. India is a good example of this, having achieved broadly similar declines in fertility without state coercion or occasional brutality.

Solid population growth in China is a good thing.

Alex Massie. "An Increasing Population is a Good Thing. So is Immigration." The Spectator. May 13th, 2011:

“A rising population is a feature of a healthy society, not the beginning of the end for this sceptered land. Of course an increasing population puts pressure on any number of public facilities and services, from transport to schools to housing to hospitals. But so what? It’s also a motor for future economic growth which will – hurrah! – provide for all of this. Excess capacity caused by an absence of demand is, as many a rural parish will tell you, a much more grievous problem than having too many people.”

Fairness/rights: Is the policy fair to Chinese citizens, rights?

It is fair to call China’s “one child” policy “extreme”. But, it is justified in the simple sense that China faces an extreme overpopulation crisis. Desperate times call for desperate measures. The Chinese government cannot be blamed for taking these aggressive, but necessary measures.

"Family Planning in China". Information Office of the State Council Of the People's Republic of China. 1995

: “Family planning has promoted the improvement of the quality of the Chinese population in terms of education and health as well as the overall development of the people.”

Chinese can simply pay a fine to have an extra child.

While China previously forced some women to have abortions, it no longer does so, and expressly forbids the practice.

China plans on ending "one child" policy in the future

Zhao Baige, vice minister of the National Population and Family Planning Commission – “The one-child policy was the only choice we had, given the conditions when we initiated the policy. So as things develop, there might be some changes to the policy, and relevant departments are considering this.”[3]

China gives exemptions from "one child" in special circumstances

"One child" policy violates right to reproduce and found family.

The one-child policy has been criticized by human rights advocacy groups and Western religious advocacy groups who consider it contrary to the human rights of reproduction. Many governments, including the United State government, argue that the policy violates a right to “found a family”, which is protected under the Universal Declaration of Human Rights.

Chinese officials often force abortions on women against their will. This persists despite the fact that it has been banned by China’s central government.

– Four days after Mrs. Yao gave birth in October, local officials descended on the Yao household in China’s Fujian province and dragged her and her husband to a hospital. There, the couple was forced to undergo sterilization. Mr. Yao, 31, is angry at the heavy-handed action. ‘My wife just had a 4 1/2 kilogram baby four days earlier. It is wrong to ask her to do another operation,’ he said. ‘At least wait until six months when she recovered. What they have done was very cruel.'”

Ye Tingfang, a professor at the Chinese Academy of Social Sciences: “the one-child limit is too extreme. It violates nature’s law and, in the long run, will lead to mother nature’s revenge.”

The limit has been strongly enforced in urban areas, but the actual implementation varies from location to location.

An overcrowded country is, in the long-term, completely unsustainable. An aging population is more manageable, and can be corrected with modifications in policy.

"One child" policy can be modified to improve demographics.

Some provinces allow families where each parent was an “only child” to have two children. In 2007, except Henan province, all other provinces in PRC adopted this new adaption[46].

It is reported that the focus of China on population control helps provide a better health service for women and a reduction in the risks of death and injury associated with pregnancy. At family planning offices, women receive free contraception and pre-natal classes. Help is provided for pregnant women to closely monitor their health. In various places in China, the government rolled out a ‘Care for Girls’ programme, which aims at eliminating cultural discrimination against girls in rural and underdeveloped areas through subsidies and education.[4]

Women have traditionally been the primary caregivers for children; however, with fewer children, they have more time to invest in their careers, increasing both their personal earnings and the national GDP. However, critics of the policy have asserted that such a gain may eventually be cancelled out by the increased burden of caring for two elderly parents singlehandedly.

China, like many other Asian countries, has a long tradition of preferring sons to daughters. Many argue that the one-child policy induces many families to use selective abortion, abandon female infants, and even kill female infants under the influence of the son preference. Some families even kill or starve the female infant and then try again for a male child. The commonly accepted explanation for son preference is that sons in rural families may be thought to be more helpful in farm work. Both rural and urban populations have economic and traditional incentives, including widespread remnants of Confucianism, to prefer sons over daughters. Sons are preferred as they provide the primary financial support for the parents in their retirement, and a son’s parents typically are better cared for than his wife’s. In addition, Chinese traditionally view that daughters, on their marriage, become primarily part of the groom’s family.

– “By 2020, there will be about 40 million Chinese men unable to marry, because too few girls will have been born. Sociologists say that could trigger aggressive behavior among frustrated bachelors, including kidnapping and trafficking in women.”

“One child” policies improve China by making its population size more sustainable and by, subsequently, improving the living standards of Chinese citizens now and in the future. This is certainly good for young Chinese.

Parents with one child will care more for that child.

If parents have one child, they will look after them and care for them more than if there were three or four children. The child would in most cases be loved more, get more personal attention, and be ensured the resources to succeed.

The children will still have families.

Children born with no brothers or sisters will still have a family. They will have a mum and dad, grandparents and possibly aunts, uncles and cousins.

China's "one child" policy creates too many only childs

Some parents may over-indulge their only-child. The media referred to the indulged children in one-child families as “little emperors”. Since the 1990s, some people worry this will result in a higher tendency toward poor social communication and cooperation skills among the new generation, as they have no siblings at home. However, no social studies have investigated the ratio of these over-indulged children and to what extent they are indulged. With the first generation of one-child policy children (those born in the 1980s) reaching adulthood, such worries are reduced.

China's "one child" policy causes the abandonment of children 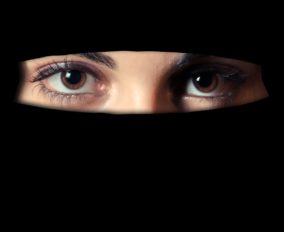 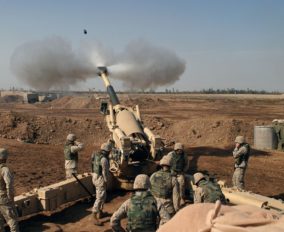