The Gaza Strip has been blockaded by Israel and Egypt since June of 2007, when, after their 2006 victory in the Palestinian legislative election, Hamas took control of the Palestinian territory from Fatah. Israel’s rationale for the blockade is that Hamas constitutes a military threat, due to its charter’s avowed wish to dismantle the Israeli state, and its rocket attacks on Israel carried out for many years sporadically and increasingly leading up to the 2008/2009 Gaza war. Israel bombed Gaza during this war and severely weakened Hamas, and it has continued to enforce the blockade as a means of ensuring against continued rocket attacks and military threats. Opponents consider the blockade illegal on the grounds that Israel is an “occupier” of Gaza (a disputed idea), and on the grounds that it has caused excessive economic and humanitarian harm to Gazans. The issue became particularly heated in May of 2010 when a “humanitarian” flotilla attempted to break the blockade and deliver aid directly to Gaza instead of through Israeli ports and check-points. A subsequent Israeli raid of the flotilla left 9 activists dead, causing international outrage over the raid as well as the blockade. As a result, renewed international attention has been give to the debate surrounding the blockade. The pros and cons, as argued by the main players involved, are presented below.

Legality: Is the blockade legal under international law?

Israeli blockade of Gaza is legal during conflict with Hamas

“Regarding international law, blockades are quite legal. The United States and Britain were at war with Germany and Japan and blockaded them. I can’t remember international lawyers saying those blockades were illegal—even though they took place on the high seas in international waters. There would be a general violation only if the hostile actions against the ships took place in waters under the jurisdiction of another sovereign state. Thus, for example, if the Israelis stopped the ships in Egyptian waters, that would have been a violation.” Harvard Law School Professor Alan Dershowitz, Chicago Law School Professor Eric Posner, and Johns Hopkins international law Professor Ruth Wedgwood all argue that the blockade is legal.”

Legal expert Sarah Weiss Maudi: “The Hamas regime has bombarded Israeli communities in Israel, Israeli civilians in Israel, with weapons that are smuggled to Gaza by various routes, and one of these routes is the sea. Under international law a maritime blockade is a recognized and legitimate tool that can be used during an armed conflict.”

Israel has right to know what enters Gaza during conflict

In an interview with Charlie Rose after the flotilla raid, Vice President Joe Biden said

Since 2005 Israel asserts that it ended its occupation of Gaza when it disengaged from the coastal strip in 2005. After Israel’s unilateral disengagement plan from the Gaza strip, Israel no longer occupied Gaza with troops.

Gaza blockade is consistent with precedents of WWII blockades

“given a country’s right to security and self-preservation, a blockade could be affected in international waters. This has been practice for sometime now, including when Britain and the U.S. blockaded Germany and Japan.”

“If you support Gaza. Then you believe that Israel is ‘occupying’ Gaza, and Israel is in violation of international law because it is denying Gaza’s sovereign right to trade and aid.”

Marcelo Kohen, a law professor at Geneva’s Graduate Institute of International Studies, argued that “There is also at present a cease-fire on Gaza. Under [Israel’s] logic one could maintain a maritime blockade unendingly. It only requires one party to consider itself as being in a ‘state of war.'” Therefore, Israel cannot justify its blockade and flotilla-raid in international waters on the grounds that it is “at war” or “in conflict” with Hamas.

Gaza blockade harms too many civilians for small military gains.

Douglas Guilfoyle, a specialist in international and maritime law at University College London

“The real question is: ‘Is the blockade itself lawful?’ Everything else turns on that […] [The blockade is illegal] if it will cause excessive damage to the civilian population in relation to the military advantage gained… so therefore intercepting a vessel on the high seas to support or enforce the blockade would not be lawful.”

Amnesty International said that “The blockade constitutes collective punishment under international law and must be lifted immediately.”

Israel controls too much of Gaza; it is an occupier.

After Israel’s unilateral disengagement plan from the Gaza strip, Israel no longer occupied Gaza with troops. But, Israel has retained control over Gaza’s airspace and coastline, and over its own border with the territory. Egypt has control of its border with Gaza (except for the tunnels). Israel and Egypt also control the flow of goods in and out. Israel controls fuel imports to Gaza, and also controls the majority of electricity used in Gaza (approximately 60%), which it supplies from the Israeli electrical grid. So, while Israel may not have troops in Gaza any more, it has too much control over too many areas of life there. It is, effectively, an occupier, and its blockade should be seen in this context.

Israel could have legally sunk Gaza flotilla for breaking blockade.

“Ships that run blockades may be attacked and sunk under international law. If Israel had exercised that right, far more than nine people would have been killed.”

“There can be no better response from the international community to this tragedy than to achieve urgently a durable resolution to the Gaza crisis.”

According to international law, if you control the land, the air, and the sea borders of a state, then it is considered under occupation regardless of whether you are actually there. By the Geneva conventions, occupation is illegal and should be resisted.

Humanitarian: Is the blockade consistent with humanitarian principles?

“why isn’t the world outraged by the wholesale deprivation we’re inflicting on the North Koreans? Why do we even bother talking about sanctions against Iran, which will surely hurt the average Iranian more than the mullahs and the kleptocrats running the Revolutionary Guard. […] Only one blockade is deemed indefensibly beyond the pale: Israel’s blockade of Gaza. Why? Because it imposes ‘collective punishment.'”

“Here’s our policy. Humanitarian and other goods can come in. Weapons and war materials cannot. And we do let civilian goods get into Gaza.”

No humanitarian crisis in Gaza; blockade is OK

“There is no humanitarian crisis in Gaza. Each week, an average of 10,000 tons of goods go into Gaza. There’s no shortage of food, medicine, or other goods.”

Blockade strains Gazans, but does not cause humanitarian crisis.

Speaking in 2006, Dov Weisglass, an advisor to Israeli Prime Minister Ehud Olmert, said that, “The idea is to put the Palestinians on a diet, but not to make them die of hunger.”

Hamas is cause of strife in Gaza, not Israel

Hamas refuses to accept from Israel the aid offloaded from the flotilla. This either means that there is no crisis in Gaza, or that it is actively caused by Hamas. Netanyahu: “Why is life flourishing in the West Bank? Because it’s not under the control of a terrorist organization!”

“There has been shrill criticism of the blockade and its effectiveness in the long term. Much of that maybe true but the point is this: if Israel perceives it can minimize the threat from Hamas using economic coercion, then that becomes central to its security concern whether it is successful or not. In that sense, the economic blockade (contestable as it may be), is part of Israel’s security apparatus.”

On January 24, 2008, the United Nations Human Rights Council released a statement calling for Israel to lift its siege on the Gaza Strip, allow the continued supply of food, fuel, and medicine, and reopen border crossings. According to the Jerusalem Post, this was the 15th time in less than two years the council condemned Israel for its human rights record regarding the Palestinian territories. The proceedings were boycotted by Israel and the United States.

“Israel usually allows 81 items into Gaza, a list which is subject to revision on a near-daily basis. […] A 2008 report from the International Committee of the Red Cross (ICRC) found that 70 per cent of Gaza’s population suffered from ‘food insecurity.’ As Al Jazeera’s Sherine Tadros reported last week, the Israeli authorities allow little meat and fresh produce into Gaza, leading to widespread malnutrition in the territory.” [See article for further analysis]

Israel allows fishermen to travel only 3 nautical miles offshore, reduced from 6nm in 2007. The UN Office for the Coordination of Humanitarian Affairs has estimated that Gaza fishermen need to journey at least 12-15 nautical miles from shore to catch larger shoals, and sardines in particular are 6 nm offshore. Shoals closer to shore have been depleted. The total catch in 1999 was nearly 4,000 tons in pre-blockade 1999. This was reduced to 2,700 tons in 2008.

The blockade of Gaza unjustly prevents cement and other building supplies from entering the Gaza strip by ship or land. This is based on the idea that these materials could be used to build military fortifications. But, its effect is far-reaching in undermining legitimate Gaza construction efforts, particularly those necessary in rebuilding infrastructure after the devastating 2008-2009 war

“Israel’s comprehensive blockade of the Gaza Strip […] has prevented significant reconstruction, including in areas where Human Rights Watch has documented destruction. Israel has allowed imports of cement for several repair projects, but United Nations Secretary-General Ban Ki-moon noted in late March that these were ‘a drop in a bucket’ compared to housing needs.”

Gaza blockade allows basic aid, but not other important trade

Israel allows roughly 81 items to enter Gaza. It excludes thousands of other types of goods, making it impossible for Gaza to engage in legitimate trade and truly build its economy. This cause serious economic suffering.

Amnesty International has argued that as the occupying power, Israel has a duty under international law to ensure the welfare of Gaza’s inhabitants, including their rights to health, education, food and adequate housing. It argues that the blockade undermines these responsibilities.

The blockade of Gaza unjustly prevents cement and other building supplies from entering the Gaza strip by ship or land. This is based on the idea that these materials could be used to build military fortifications. But, its effect is far-reaching in undermining legitimate Gaza construction efforts, particularly those necessary in rebuilding infrastructure after the devastating 2008-2009 war. 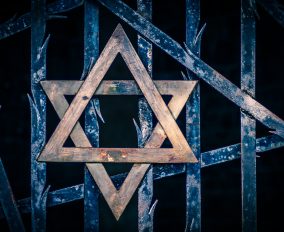 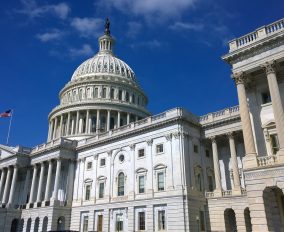