Is the US Guantanamo Bay detention center justified or should it be closed? 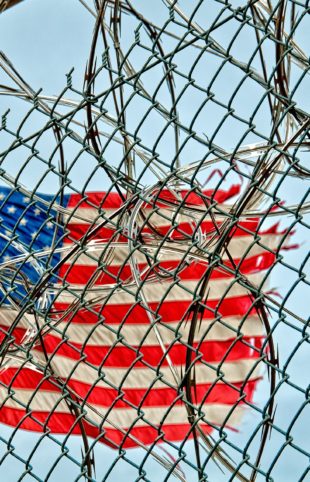 “Some imply that if a defendant does not get a trial that looks like Martha Stewart’s and ends like O. J. Simpson’s, then military commissions are flawed. They are mistaken. The Constitution does not extend to alien unlawful enemy combatants. They are entitled to protections under Common Article 3 of the Geneva Conventions, which ensures they are afforded ‘all the judicial guarantees which are recognized as indispensable by civilized peoples.’ […] Justice John Paul Stevens, in the Hamdan decision that rejected an earlier plan for military commissions, observed that Article 75 of the Additional Protocol to the Geneva Conventions defines the judicial guarantees recognized as indispensable. A comparison of Article 75 and the Military Commissions Act of 2006 shows military commissions provide the fundamental guarantees.”

Enemy combatants are afforded a form of habeas corpus

“Each accused receives a copy of the charges in his native language.” This qualifies as habeus corpus (ie. charging the imprisoned with a specific crime).

There is sufficient review process for detainees at Guantanamo

The review process for detainees is good. The continued detention of detainees is reviewed once a year by military boards. In addition, prisoners are assigned advocates to help argue their cases. This is sufficient.

Enemy combatants can be held without trial until hostilities cease

Poor judicial process can be improved; no cause to close Guantanamo.

There have been steady improvements in the judicial processes involved at Guantanamo Bay. For sure, the newness of the war on terror and the new legal concept of “enemy combatants” makes it unsurprising that difficulties in legal processes have arisen. But, these problems are being solved, and they should not give rise to calls for the closure of Guantanamo. Rather, Guantanamo should be reformed and improved.

Unlawful combatants don't have same rights as citizens or soldiers

Dick Cheney said in an interview on Larry King in December of 2008: “Once you go out and capture a bunch of terrorists, as we did in Afghanistan and elsewhere, then you’ve got to have some place to put them. If you bring them here to the U.S. and put them in our local court system, then they are entitled to all kinds of rights that we extend only to American citizens. Remember, these are unlawful combatants.”[1]

There is substantial evidence against remaining detainees

“Defense officials sought to bolster the prison’s image, saying 95 percent of detainees are connected to al Qaeda, the Taliban or their associates and more than 70 percent have had a role in attacks on U.S. or coalition forces. […] ‘Our critics would say that those we’re holding are farmers, cooks or other types of noncombatants. I think if you look at the classified records, they tell a different story,’ Benkert said.”

Prisoners have been detained at Guantanamo for long periods without a clear charges being filed and without trial. This is a violation of the international legal principle of habeas corpus. One of the primary problems is that, without clear charges and a presentation of evidence against a suspect, the suspect cannot contest the charges and prove their own innocence. And, as a matter of fact, numerous detainees have been found innocent, but only after excessively long periods with being charged or brought before a court.

Guantanamo Bay prisoners have no way of proving innocence

Guantanamo is inconsistent with American principles of justice

“the Bush administration says no prisoner should be allowed to take torture claims to court, including the innocents who were tortured and released. The administration’s argument is that how prisoners are treated is a state secret and cannot be discussed openly. If that sounds nonsensical, it is. […] The Bush administration has so badly subverted American norms of justice in handling these cases that they would not stand up to scrutiny in a real court of law. It is a clear case of justice denied.”

Too many Guantanamo detainees are falsely accused and imprisoned

“We now know, however, that many Guantanamo detainees never fought against anyone; they were simply turned over by Northern Alliance and Pakistani warlords for bounties of up to $25,000. For almost seven years they have been held without a fair hearing or opportunity to demonstrate those facts. The Supreme Court ruled last June in Boumediene v. Bush that these men have the constitutional right to prompt hearings to determine if there is adequate reason for detaining them. Since that decision, lower courts have reviewed the cases of 23 detainees and have found no credible basis for detaining 22 of them.”

Some Guantanamo detainees were unjustly captured outside conflict zone

“Many of the detainees held at Guantánamo Bay were captured in places where there was – at the time of their arrest – no armed conflict involving the United States. The case of the six men of Algerian origin detained in Bosnia and Herzegovina in October 2001 is a well-known and well-documented example,24 but also numerous other detainees have been arrested under similar circumstances where international humanitarian law did not apply. The legal provision allowing the United States to hold belligerents without charges or access to counsel for the duration of hostilities can therefore not be invoked to justify their detention.”

Past Cuba-US treaties forbid the current use of Guantanamo

When the United States occupied Cuba in 1903 it established a treaty that gave the United States authority to operate Guantanamo, “exclusively as coaling or naval stations, and for no other purpose.” In 1934, the treaty was modified, but specified that “the stipulations of [the 1903] agreement with regard to the naval station of Guantánamo shall continue in effect.” The use of Guantanamo for other purposes, the Guantanamo Bay detention facility, seems to clearly violate these exclusive purposes.

Jamil Dakwar, a lawyer for the American Civil Liberties Union who observed pretrial hearings at Guantanamo this week: “It is a major positive step in the right direction.”[2]

US courts: Should Guantanamo detainees be tried in US courts?

Many detainees committed no "crimes", but are very dangerous

“many of the Guantanamo prisoners haven’t committed crimes per se but are dedicated American enemies and too dangerous to let go. Other cases involve evidence that is insufficient for trial but still sufficient to determine that release is an unacceptable security risk.”

Evidence against terrorists is not always valid in civilian courts

“any evidence probably can’t be admitted in civilian courts because terrorists aren’t read their Miranda rights when picked up in combat zones.”

Conducting detainee trials in the US would endanger US citizens

“some 9/11 families said they were concerned that if the trials were moved to criminal courts in the U.S., the proceedings would put civilians at risk.[…] ‘The safest place to have these trials is Guantanamo Bay. If they were to move to the homeland it would endanger all of us,’ said Lorraine Arias Believeau of New Jersey, whose brother, Adam, was killed on 9/11.”

Guantanamo tribunal have been authorized by US courts.

The legal definition of “enemy combatants” has been affirmed by American judges in court rulings. This created a unique category of conditions for the treatment of detainees and constraints on their habeas corpus rights. If this category and rulings are determined to be false or legally thin in some ways, than, certainly, elements of Guantanamo Bay do not make sense, and the camp should be changed. Yet, until the notion of “enemy combatants” is shown to be faulty, there is a sound legal basis for Guantanamo Bay’s existence.

“Obama will probably end the military commission system. He has suggested that he wants to try some of the detainees in a civilian court. But trying the most dangerous terrorists, such as the 14 high value detainees, in a civilian court will give them a forum in which to grandstand.”

Colin Powell: “I would get rid of Guantanamo and the military commission system and use established procedures in federal law[…]It’s a more equitable way, and more understandable in constitutional terms,”[3]

“Our courts are fully capable of [trying terrorists]. They have rendered 145 convictions in terror-related cases in the past. And their decisions have far greater credibility than any jerry-rigged commission system ever could.”

Dangerous Guantanamo detainees should be held as POWs

Many ask, if Guantanamo is closed, what should be done with the clearly dangerous and guilty detainees? One option supported by many legal scholars is to simply hold these detainees as prisoners of war until hostilities cease in the “War on Terror”. This will ensure these individuals are not released and allowed to wage terrorism, while also affording them appropriate international legal protections.

US prisons are capable of handling Guantanamo detainees

The US prison system, which holds over two million prisoners, is fully capable of holding an additional one or two hundred detainees from Guantanamo. The added costs should also be very minimal for taxpayers.

Guantanamo was wrongly created to avoid US law and courts

“closing the detention facility there does not mean that we cannot detain people. Guantanamo is only a place. But it is a place chosen by the Bush administration for a single purpose: to avoid the law. Because it is outside our borders, the administration argued that prisoners held there were beyond the jurisdiction of our courts and the protections of the Constitution. The Supreme Court has now rejected those arguments.”

Difficulty closing Guantanamo is fault of Bush for creating it

There are challenges in closing Guantanamo, for instance in dealing with detainees for which their is scant evidence of wrong-doing, or for detainees that have been tortured, but this is the fault of the Bush administration in creating Guantanamo Bay and implementing poor due process practices in the first place, not of those seeking to dismantle Guantanamo now. 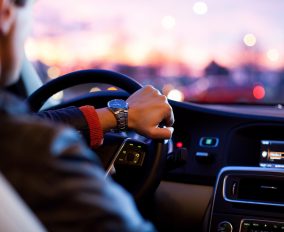