Is the Greater Seattle Sound Transit 3 referendum a good idea and worth voting for? Seattle’s Sound Transit 3 referendum appearing on the November 2016 ballot is a $54 billion proposal to increase rail and bus services throughout Greater Seattle, extending to Ballard, Tacoma, Everett, Bellevue, and other areas in the lower Puget Sound. The proposal attempts to respond to a dramatic increase in traffic since the early 2000s, largely as a consequence of an economic boom in the city resulting from the success of companies like Amazon, Microsoft, Boeing, and Starbucks. Traffic jams have become infamously challenging in Seattle, worsened by the bottlenecks created by Seattle’s unique water-spotted geography. Congestion is expected to increase through 2040, driven by an expected population increase of 1 million people. Seattle and the Puget Sound region have already begun work addressing these problems with Sound Transit 1 (passed in 1996) and Sound Transit 2 (and expansion on ST1 passed in 2008), which together expanded the region’s public transportation and created Seattle’s first subway-style Link light rail system with multiple stops throughout downtown Seattle. Sound Transit 3 expands even further on this work and is an order of magnitude larger in its ambition. While the proposal is certainly a bold response to these challenges, it has been met by resistance due to the large $54 billion price tag, concerns over the efficacy of the proposal in decreasing traffic, and budgetary concerns regarding the impact on taxes, budgets, and school funding. Below are the primary arguments in this mega transportation debate in the thriving Puget Sound region.

ST3 is a mass-transit solution to worsening gridlock.

If you think traffic is bad now, it’s only going to continue to get worse over the next 25 years when nearly a million more people relocate to our region… The Sound Transit 3 ballot measure is our chance to create the quick, reliable regional transit system that connects Everett to Tacoma, and all places in-between. It’s a system that we should have built 40 years ago.

Can’t expand roads much, so must expand rail/bus with ST3.

With our city and our region continuing to grow rapidly, we know we are not going to be able to expand our road capacity significantly. But each light rail line has the capacity to move 16,000 people per hour—the equivalent of eight general-purpose freeway lanes. We need that additional capacity

ST3 gives transit accessto over 80% of residents and workers.

At a stroke, [ST3] would put the region on track to provide 84 percent of residents and 93 percent of workers with high-quality bus and light-rail transit.

ST3 would create only 32k new riders, merely 1% of all trips.

The No on ST3 campaign writes on its website

Sound Transit 3 would not reduce traffic congestion…[Sound Transit’s] own analysis indicated that there would be no difference in future congestion whether the rail system is built or not.Why is that? Congestion is reduced by ‘new riders’ — drivers who leave their cars and take transit instead. Converting bus riders to rail riders does not reduce congestion… Sound Transit’s staff admits that 91 percent of ST3’s projected train riders would be former bus riders. Again, only new riders leaving their cars reduce congestion. To reduce King County commute congestion by 5 percent in 2040, when ST3 is scheduled to be finished, and assuming traffic increases by 1 percent per year, Sound Transit would have to attract 288,000 new commuter riders per day. Sound Transit’s new-rider projections suggest only 64,000 new commute riders. Congestion reduction has never been a Sound Transit goal. They are laser-focused on a train project independent of congestion results.

Reducing traffic congestion is not impossible. More than a decade ago, two former Washington governors, John Spellman and Booth Gardner, and a group of prominent business men and women and I submitted a proposal to Sound Transit we called Ride Free Express. It was based on two aspects of transit ridership that are ignored by agencies committed to building rail projects: Transit fares matter — as with almost anything, pricing matters a lot; commute patterns, which in 1960 looked like a spider web with Seattle at the center, had by 2000 the look of pick-up sticks… Ride Free Express proposed to eliminate all transit and van pool fares, increase commute-time bus service and fund 4,000 additional van pools to serve the new employment centers. All analysis was firmly grounded in actual experience Metro had acquired in the 1970s: Large ridership increases resulting from employer-provided free bus passes and marketing analysis indicate a demand for 9,500 additional van pools at full fare. The total 20-year cost in today’s dollars for Ride Free Express was less than $4.5 billion. It would have attracted a minimum of 193,000 new daily riders — roughly three times the estimates of ST3’s new commute riders and at a fraction ofthe cost of ST3’s $54 billion.

Transport 2040: Will ST3 be consistent with future modes of transport in 2040?

Congestion is a serious issue in developed countries, but autonomous cars are likely to be as much a part of the problem as part of the solution… At present, commuting by car is highly unproductive time. Commuting by transit is also problematic due to lack of power outlets, WiFi, and ability to have private conversations. There’s a model of the future, however, in which autonomous cars provide a private productivity zone, allowing people to live even further from work. Autonomous cars promoting suburban living and long commutes as a viable alternative increases traffic congestion, not the inverse.

Autonomous taxi or Uber equivalents are presumed to be cheaper than taxis or Ubers driven by a human. Eliminating the labour cost from taxi equivalents will likely reduce their cost to consumers. This would make them a more viable option for more trips…

ST3 would be obsolete before it is even completed in 2040.

ST3 would be obsolete before it is completely built: To even the most casual observer, it is obvious that we are at the threshold of the most fundamental transportation revolution since the internal-combustion engine. The relentless technological innovation, at which all of us marvel, has invaded transportation with self-driving, or autonomous vehicles. Opinions vary on when self-driving vehicles will arrive in large numbers on American streets — some say in as little as five years, some say as many as 15 years; no one says 2040, the year ST3 is complete. Today, you can drive from Seattle to Portland in a Tesla and never touch the steering wheel. Google cars have driven 2 million miles in California traffic with only a single fender bender… Self-driving vehicles will have many impacts — one of them can be large-scale congestion reduction. What public policies and investments will be required to take advantage of self-driving technology? New lanes? Publicly owned fleets? Contracted services with Google, Ford, Uber and other fleet providers? But whatever makes sense, it is clear that approval of the ST3 system would commandeer all reasonably available local transportation funds for a generation and preclude any chance to advance new technology.

Taxes and budget: Is ST3 sound in terms of taxation and budgeting?

ST3 would only cost the typical taxpayer $169 per year.

The typical adult would pay an additional $169 in taxes per year, or about $14 more per month.

If approved by voters, ST3 would be funded by a combination of new and existing local taxes, federal grants, fares and interest earnings.

ST3 will not cost taxpayers $54b; only $4b in Seattle taxes.

What is in a number? In the case of the $54 billion price tag for ST3, quite a lot: Inflation, federal funding, fares, and extending existing taxes that already don’t sunset for 1-2 decades. Breaking it down to new taxes in 2016 dollars for Seattle – ST3 is approximately $4 billion in Seattle, spread out over 25 years. That is still a lot of money, but ST3 brings massive value.

ensures that taxes from each geographic subarea must benefitthe people in that area.

ST3 will cost taxpayers a massive $28 billion in new taxes.

A yes vote forces average King County households to pay about $20,000 over 25 years by extending and increasing Sound Transit taxes, including a new property tax for ST3.

ST3 saps any will to raise taxes for any other purpose.

State Sen. Reuven Carlyle, a Democrat representing parts of Northwest Seattle, recently wrote that the ST3 proposal in its current form “consumes the oxygen in the room on taxes for virtually all other public services at all levels of government for years to come.

improve[s] the quality of life of current workers, replacing hours of time wasted in traffic with a stress-free commute.

Equally important, though, is what Proposition 1 would mean for low-income workers and communities of color. Studies have shown that access to reliable transit service is associated with upward economic mobility. That’s especially key in a region that is seeing explosive job growth in its urban core and increasing poverty in its suburbs.

Region’s big companies back ST3 for a reason.

Microsoft, Expedia, Costco, and Amazon are all backing the ST3 campaign with hundreds of thousands of dollars of funding out of a desire to increase workforce mobility in the region and improve the quality of life of their employees.

ST3 takes 25 years, so many won’t even see benefits.

Many won’t be around to enjoy the system’s full benefits, which wouldn’t come until around 2040.

Sound Transit already has funding to build a bus-and-rail network that will handle most of the region’s transit demand through 2040.

Residents of South Puget Sound face challenges that require tax dollars to solve. Education, public safety, mental health, homelessness, traffic congestion and parks top the list. The Legislature and our city and county councils are wrestling with budgets to address these pressing needs.

We will spend a fortune on light rail that most people cannot use, and still have dozens of roads and bridges that need major repairs or improvements but are not funded. 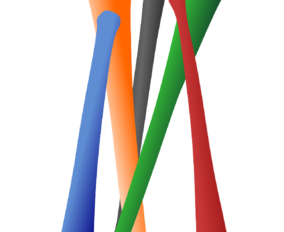 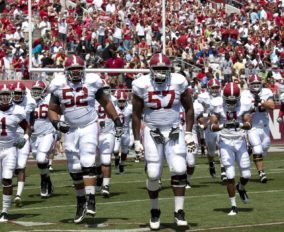 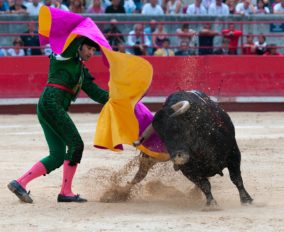 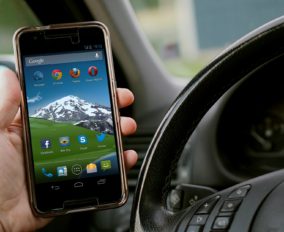 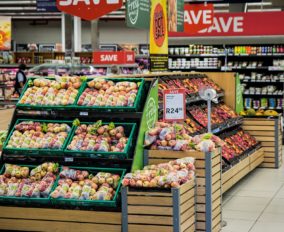