Are earmarks valuable or should they be abolished? 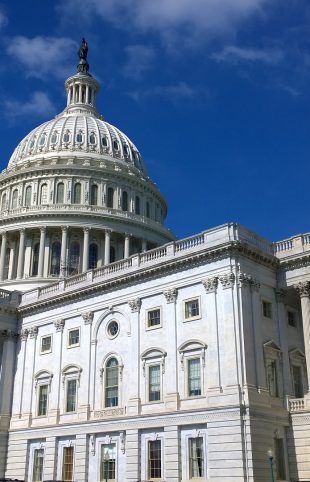 In US politics, an earmark is a congressional provision that directs approved funds to be spent on specific projects or that directs specific exemptions from taxes or mandated fees. Typically, a legislator seeks to insert earmarks that direct a specified amount of money to a particular organization or project in his/her home state or district. Earmarks in the United States have existed for a long time. The idea of directing federal money to specific local projects originally came from Rep. John Calhoun (D-S.C.) when he proposed the Bonus Bill of 1817 to construct highways linking the East and South of the United States to its Western frontier. Yet, the debate over earmarks really only took form as earmarking became a widespread form of government spending. Taxpayers for Common Sense, an independent watchdog organization, has argued that widespread earmarking is a relatively new phenomenon in American politics. The organization cites the evolution of earmarks since the 1970s. The 1970 Defense Appropriations Bill had a dozen earmarks; the 1980 bill had 62; and by 2005, the defense bill included 2,671. As this escalation of earmarks continued, the debate over the value of earmarks became increasingly prominent and relevant. During the 2008/2009 economic crisis and economic rescue packages, the widespread and massive scale of earmarking elevated the debate once again, with President Obama promising to cut back on earmarks.

Earmarks allocate collective resources where it is needed most.

It is important that our collective resources be spend on specific needs. Earmarks are a way to allow collective federal tax dollars to go to needed local projects. For the collective success of a nation, and the greatest good for the greatest number, such a allocation model is very important.

“for the most part, the officials charged with dispensing stimulus dollars will do the best they can with what they have, because they are in fact closer to the people and will catch hell if they don’t do their jobs. That is our system of government: federalism, which divides and shares power between the states and the national government. Amazingly, it still works. It’s not perfect; it never will be. But it lumps along with remarkable resiliency.”

“Competition for funding, combined with flexibility and local knowledge, makes earmarks ‘often some of the best expenditures the federal government makes in a particular area,’ Lilly says. ‘I would say, on the whole, earmarks probably provide as much value-added as non-earmarked federal spending.'”

Steve Ellis of the watchdog group Taxpayers for Common Sense – “There’s no way the Appropriations Committee is able to vet the thousands of earmarks worth billions of dollars.”[1]

Earmarks are often unrelated to legislation; holds up bill.

Sometimes a good piece of legislation that receives the support of a majority of congressman will be held up and voted down purely on the basis that it contains an egregious, unrelated earmark. This undermines the democratic process, in which ideas are judged and voted on based on their own merits. It also opens the door to unfortunate political maneuvering, in which Congressmen insert unfavorable or controversial earmarks into a piece of legislation as a means of holding up a bill they oppose.

Earmarks can help the passage of important legislation

Earmarks are representatives' duty to constituents

“Some members of Congress, on both sides of the aisle, eschew earmarks. That is their right. But most members believe it is their prerogative and their duty to channel federal resources to important public purposes.”

“for the most part, the officials charged with dispensing stimulus dollars will do the best they can with what they have, because they are in fact closer to the people and will catch hell if they don’t do their jobs. That is our system of government: federalism, which divides and shares power between the states and the national government. Amazingly, it still works. It’s not perfect; it never will be. But it lumps along with remarkable resiliency.”

“So it’s bemusing to hear people now complain that the federal stimulus package has little congressional mandate as to how it will be spent. Well, that’s in part because there are no earmarks in the bill.”

“The complaining about lack of congressional oversight in the stimulus package underscores the absurdity of the post-modern America polity: We brag about our freedom, democracy, and superior form of government, and yet relatively few Americans have any faith in it [including earmarks] or understand how it works. (And if we’re the greatest nation on earth, why do we have to keep telling everybody?)”

Bashing earmarks is part of a game played by politicians to appear to be fiscally disciplined and cutting-down on wasteful spending.

“One of the ironies in the anti-earmark position is that often its strongest advocates are among the first to demand funds for projects in their own Congressional districts. Tabulations of earmarks in recent legislation show little difference between the amounts of funds asked by anti-earmark and pro-earmark legislators. As the Chinese say, empty rice barrels make the most noise. We seem to have a lot of those barrels in Congress.”

Earmarks cannot be fully examined during short period of exposure

Steve Ellis of the watchdog group Taxpayers for Common Sense – “There’s no way the Appropriations Committee is able to vet the thousands of earmarks worth billions of dollars.”[2]

Earmarks often have nothing to do with the actual substance of a piece of legislation, relating to something else entirely. This creates many problems. The most important problem is that votes on a piece of legislation may have nothing to do with whether a member of Congress supports a particular earmark found within. This means that earmarks may pass that have virtually no support of congressman and their constituents, virtually detaching the earmarks from the democratic process itself.

Earmarks award funding based on politics not on merit

“Within the academic community, the earmarking process could become corrosive. At its logical extreme, faculty would be rewarded more for their role in politics than for developing sound research proposals. Assistant professors would be encouraged to put up lawn signs and distribute campaign literature to enhance their political influence with Members of Congress. Given the importance of fundraising, department heads, deans, and university presidents would be drawn into raising money for congressional races as a way of gaining the ultimate influence. We certainly do not want to go down that road.”

Earmarks are more transparent than other spending programs

“Reformers who want to ban earmarking might think again. ‘You’re never going to abolish earmarks,’ Moran says. ‘What you’ll wind up abolishing is the transparency, the accountability.’ If unable to earmark, legislators will inveigle executive agencies behind the scenes, fry bureaucrats at hearings, and expand or rewrite entire programs to serve parochial needs. This, of course, is the way things worked in the bad old days. ‘I think you’ll wind up going back to that system,’ Kolbe cautions.”

“Earmarks are bad because they are obscure and do not face competitive review—except in the backroom politics of the Appropriations, Transportation, or other committees that engage in the process. Earmarks lack peer review and the scrutiny of public hearings. They are not included in the Administration’s budget. Often they originate in only one Chamber. Thus earmarks move below the radar.”

Waste: Do earmarks lead to excessive spending and waste?

Earmarks are just a targeted form of federal spending

Melissa Harris-Lacewell. "In Defense of Earmarks". The Nation. March 10, 2009

“earmarks are not necessarily evil. […] An earmark is just a way of describing a government funded project where the spending is designated for a particular group or location.”

“One person’s earmark is another’s vitally needed infrastructure project.” Many call all earmarks that do not benefit them “wasteful”, while accepting earmark funding for their own local needs as “necessary”. “Waste” and “necessity” are in the eyes of the beholder. Because most earmarks do not benefit any given citizen, citizens often view nearly all earmarks as “wasteful”.

Tony Pearsall, a former police captain and city councilman in Vallejo, Arizona, said, “When you are dealing with kids, who are our future, how can you consider it pork or unreasonable spending?”[3] In general, many or even most earmarks go toward important social works, such as education, that cannot be considered “wasteful”.

Earmarks are a very small part of government spending

“As transparency has taken over, the case against earmarks has melted away. Their budgetary impact is trivial in comparison with entitlements and other large programs.”

Earmark spending is no worse than other forms of spending

“Obsessing about earmarks, indeed, has the perverse, if convenient, effect of distracting the country from its real spending problems, thus substituting indignation for discipline.”

“unfortunate is the symbolism of earmarking. In an era of large deficits it was easier to resist such spending. We needed discipline to balance the budget. Earmarks could not be afforded. Now with the surplus, we are threatened with an opening of the floodgates. It is hard to convince constituents of the need for restraint and fair play when word of earmarks leaks out.”

“Some stats: ‘The number of earmarks in the annual defense spending bill increased from 587 worth $4.2 billion in fiscal 1994 to 2,506 worth $9 billion in fiscal 2005, according to a recent Congressional Research Service study. There were 231 ‘plus-ups’ – the Navy’s term for the money Congress adds for its members’ pet projects – totaling nearly $600 million just in the Office of Naval Research budget in fiscal 2005, about a quarter of the total.’ […] This is a problem. And until members of Congress take serious steps to end their addiction to earmaking, it’s not a problem that’s going away.”

“if institutions rely on earmarking, they face the vagaries of the political process in a much more capricious way. They risk the loss of their political patron. Members of Congress and the Senate move on. Those institutions that depend on a ‘sugar daddy’ may face a period of drought when their patron leaves. Recently Senator John Kerry (D-NE) said that the University of Nebraska lost $30 million per year when he retired. Indeed, his decision was a sad moment for faculty and staff at that institution.”