Which party should you belong to: Democratic or Republican? 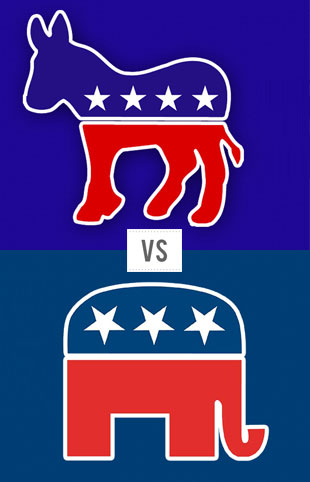 Despite still being a relatively young country, the United States of America has a long and colorful political history. Each of the surviving major political parties continues to brag about numerous larger-than-life political figures that have defined and shaped today’s Democratic and Republican parties. Vastly differing Americans, with vastly differing backgrounds, living in vastly differing regions of the nation collectively appear to be divided almost equally – at least judging by the results of recent major elections during which the electorate split near evenly between liberal Democratic principles and more conservative Republican ideology. A review of the major issues of the day clearly demonstrates this divide; a nation split almost evenly and debating the key issues of the day in a fashion that likely would please our Founding Fathers. The debate article below explores the positions of Democrats and Republicans on various key issues, including the size of government, individual rights, the economy, taxes, welfare, race relations, abortion, foreign policy, national security and many others.

Dems are optimistic about progress as a society

“The Democratic party, for better or worse, believes in a Frank Capra/Jimmy Stewart view of the world. It says time and time again that through our collective might we can improve the nation, and as a byproduct the world. It is optimistic to the point of being almost corny. The party looks as the world as it is, and says ‘Gosh darn it everyone, let’s roll up our sleeves and clean up this mess.’ It is no coincidence that the current leader of the party, Barack Obama, is the sort of guy you can imagine saying ‘by golly’ and not in an ironic way. […] By contrast to the Democratic sunshine, the Republican party is night. Their view of the world is one in which everything is just a shade of negative, and that is the cold heart underlying the cynicism of speakers like Sarah Palin, Rudy Giuliani, and Mitt Romney. They see a world of despair and depression and they wallow in it. The Republican party and the conservative movement that supports it is all about being the snarky guy in the corner playing the angles and making a buck off the foibles and failures of others. For a few it promises the spoils of war – both ideological and real war – but for the rest it just offers a way of wallowing in darkness without any optimistic movement towards a better day.”

The social philosophy of the Republican Party could be summarized as ‘traditional’.

Republicans are conservative in the sense that they believe in preserving freedoms. And, these freedoms are essential to societal progress. This is particularly true in the economy, where it is necessary that individuals have maximum freedom to engage in commerce without heavy regulation and without heavy taxation. These and other conservative freedoms are what truly allow for the societal progress that Democrats claim to value.

Republicans see no contradiction between traditions and progress.

Republicans do not see a contradiction in their desire to maintain family values and social traditions while at the same time making progress in society, particularly economic progress. Traditional values that favor discipline and independence, for example, foster entrepreneurship and economic growth. Family values, in addition, help fulfill individuals so that they can lead stable and productive lives. All of these things are key to social and economic stability and progress.

Republican Party Oath: “I believe we must retain those principles worth retaining, yet always be receptive to new ideas with an outlook broad enough to accommodate thoughtful change and varying points of view.”

Government is not the driver of progress; individuals are.

Progressivism seems to contend that government is responsible for advancing society. But, it’s individuals working independently and freely in association that are the true innovators and advancers of society.

Religious dogma plays too much of a role in Republican beliefs

“But I didn’t vote for a single Republican in 2008. I’ve become increasingly alienated by the Republicans” embrace of the religious “social conservative” agenda, including attempts to ban abortion, embryonic stem cell research, and gay marriage. […] The Founding Fathers correctly recognized that the proper function of government is to protect individual rights, such as freedom of speech and freedom of religion. But freedom of religion also implies freedom *from* religion. As Thomas Jefferson famously put it, there should be a “wall of separation” between church and state. Public policy should not be based on religious doctrines. […] Instead, the government’s role is to protect each person’s right to practice his or her religion as a private matter and to forbid them from forcibly imposing their particular views on others. And this is precisely why I find the Republican Party’s embrace of the Religious Right so dangerous.”

Democrats are liberal on morality; oppose governing it

“Democrats hold a liberal philosophy towards social issues such as gay marriage (support) and abortion (support). This philosophy on social issues stems (in part) from a belief that morality is subjective. Therefore, they believe that any attempt to govern based on morality could be interpreted as violating the religion clauses of the first amendment, either by establishing a religion based on such moral beliefs or prohibiting the free exercise of other moral beliefs that are progressive or different from traditional beliefs. In general, their progressive philosophy tends to attract support from non-Christians and from younger individuals.”

"Democrats vs. Republicans: What DO they believe?." OnTheIssues. 2000:

Democratic “progress” is all about advancing new and innovative social norms and values, which could mean allowing gays to marry, sex changes to be legally recognized, and even incest among consenting adults. But, this is not “progress”. It is the opposite. It is the degradation of social values.

Republicans believe morality is absolute, so govt can regulate it.

Republicans tend to ground their morality in religion

Matthew Haynes. "Pros and cons of the Democratic and Republican parties." Helium

“One of the issues they constantly support is biblically based morals and values. For example, homosexuality is a well covered topic within the GOP. According to the bible it is against God’s laws for a man to be with another man.”

The US Constitution draws heavily on religion. It does so because religion offers a very strong basis for moral beliefs. These beliefs are timeless, and compose a major part of our common understanding of morality. What’s wrong with, therefore, using them? 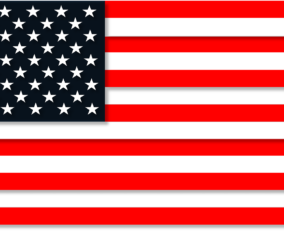 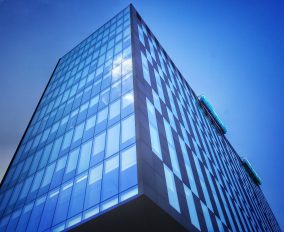 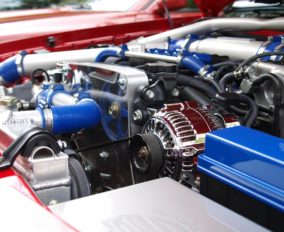