Should countries boycott the 2008 Olympics in China due to human rights concerns there?

Since China received in 2001 the honor to host the 2008 summer Olympics, one of the primary questions was whether it would be able to improve its human rights record to a level deemed appropriate by the international community for the purposes of hosting such an international event. Many believe that, as of 2007, it had failed to do so. In protest, many suggest that the most powerful tool that a country can level against China’s alleged abuses, is a boycott of the 2008 Olympics. China, desiring very much to see its 2008 Olympics become a success, is fearful of such moves, and defensive against threats that move in this direction.

Human rights: Has China failed to improve its human rights and is a boycott the right response?

Repression in China has only gotten worse

Numerous reports indicate that China’s promises to improve its human rights record for the Olympics have not been met. Prominent non-governmental organizations such as the Human Rights Watch even state that the situation has worsened, hidden from the public eye. Many of China’s agreements with the International Olympics Committee have been breached, and abuse, executions, and other likewise actions are far from over.

In regards to sending a powerful message to the Chinese government that they need to improve their human rights record, there are few other tools at a country’s disposal than boycotting the Olympics. The United States has passed resolutions that condemn the Chinese human rights abuses, but this has no real international impact on the Chinese. Neither will protests at the games themselves send a sufficiently powerful message. Only a boycott will send this message sufficiently.

China has spent billions of dollars on the Olympics. This is while China’s poor suffer from extreme poverty and illiteracy due to a poor educational system. While this is not grounds for a boycott, it may highlight the extent to which China disregards its poor.

Susan Brownell, a Fulbright Scholar studying the effects of the Olympics on China, and who wrote Beijing’s Games: What the Olympics Mean to China (2008), said the international event will speed up the “formation of a civil society in urban China by perhaps as much as 5-10 years.”[1] Therefore, even if China’s civil, democratic institutions and practices are not good currently, the Olympics is likely to help advance them into the future.

A boycott of the 2008 Olympics would antagonize the Chinese people

The Chinese people are very excited about the Olympics in their country. To boycott the event would send a strongly negative and antagonizing signal to them. Feelings of alienation would last for years that could have negative consequences in China’s relations with the world. And yet there is no reason to believe that China’s anger at a boycott could be translated into any positive impacts on the policies of the Chinese government.

Tibet: Has China been abusive in Tibet to the extent that it warrants a boycott?

China's suppression of Tibet insignificant relative to other countries

“China’s attitude toward Tibet is wrong and cruel, but, alas, not that unusual. Other nations, especially developing countries, have taken tough stands against what they perceive as separatist forces. A flourishing democracy like India has often responded to such movements by imposing martial law and suspending political and civil rights. The Turks for many decades crushed all Kurdish pleas for linguistic and ethnic autonomy. The democratically elected Russian government of Boris Yeltsin responded brutally to Chechen demands. Under Yeltsin and his successor, Vladimir Putin, also elected, the Russian Army killed about 75,000 civilians in Chechnya, and leveled its capital. These actions were enthusiastically supported within Russia. It is particularly strange to see countries that launched no boycotts while Chechnya was being destroyed — and indeed welcomed Russia into the G8 — now so outraged about the persecution of minorities. (In comparison, estimates are that over the past 20 years, China has jailed several hundred people in Tibet.)”

Athletes: Could boycotting the Olympics be fair to athletes?

Some athletes have chosen to not participate in these Olympics.

Boycotting the Olympics only punishes athletes.

The Olympics are meant to be the pinacle of sporting and a sacred set of games that athletes strive to compete in from the time they realize their true talent. When a country boycotts the games the only people they are hurting is their athletes that have worked very hard their whole lives for possibly their only shot at competeing against the greatest from all over the world. We, in America, can voice our opinions as much as we want and try to get China to change their concepts of dealing with Tibet and Darfur, but by penalizing our athletes and not going to the games, we would only be hurting our countrymen and women who want to go over there and represent our nation and bring back the gold.

Boycotting the Olympics will change nothing in the host country.

When a country decides to boycott, it is usually because that country disagrees with how the host nation is dealing with a certain political issue. It doesn’t matter what country it is, whether it be the U.S. or Sri Lanka, by a country not sending their athletes in, it is not going to change the views of that nation.

Politicizing Olympics: Is it acceptable to politicize the Olympics with boycotts?

The Olympics have always been politicized

While it is easy to say that sports and politics should exist separately, particularly in the context of the Olympics, the reality is that the Olympics have always been politicized. The 1972, 1968 and 1936 Olympics were all politicized in a significant way. Even in the 2004 summer Olympics in Greece, President Bush used it as an opportunity to argue that the War on Terror had made it possible for Afghani and Iraqi athletes to compete. So, while it may sound appropriate to claim that the Olympics should not be politicized, the reality is that it always has been, and that there continues to be a legitimate place for it to express national and international interests.

Politicizing and boycotting Beijing is necessary to uphold the Olympic spirit

The Olympic Charter states that “The goal of Olympism is to place sport at the service of the harmonious development of man,with a view to promoting a peaceful society concerned with the preservation of human dignity.” Thus, as China is disrupting the “harmonious development” of several countries, clearly is not concerned with the preservation of human dignity as can be seen from the continuous human rights violations, politicizing the Olympics by taking a stand and boycotting China is now the only way to truly uphold the goal of the Olympics.

The Olympic games should not be politicized

Even if China is not abiding by human rights standards, this should not be a factor in whether or not the Olympic games should be held there and/or whether states should attend. The Olympic games have historically been a non-political arena of sports. Attendance should not be seen in the political context, but merely in the context of national athletes competing in sports. If politics are allowed to enter as criteria in hosting and attending the games, many unfortunate demands or conditions could be made by states. The games would become part of the politicized, geopolitical context.

Boycotting China will be against the spirit of the Olympics

The Olympic Charter clearly states that one of the missions of the Olympics is to “oppose any political or commercial abuse of sport and athletes”. Boycotting China will go against this, as the athletes will lose one of their very few chances to compete in the Olympics, something they have worked towards for years, and taking away this well-deserved chance because of political discrepancies will fall under the “political abuse” of sports and athletes.

China will not reform as a result of Olympic boycott

“On this issue, the Bush administration has so far followed a wiser course, forgoing the grandstanding taking place in Europe and on the campaign trail. It has been urging the Chinese government quietly but firmly to engage in serious discussions with the Dalai Lama. Diplomacy can be scoffed at, but every multinational business that has had success in persuading the Chinese government to change course will testify that public humiliation does not work nearly as well on the regime as private pressure.” 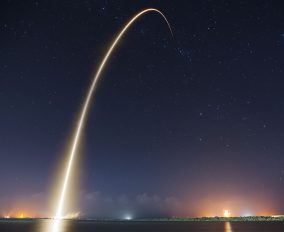