The American Jobs Act was written by the Obama Administration and unveiled in a high-profile speech by the President before a joint session of Congress on September 8th, 2011. The Act includes $447 billion over ten years to pay for temporary stimulus spending, new job training programs, unemployment insurance, and temporary tax reductions. In order to offset the cost of the legislation, the bill includes an estimated $467 billion in tax increases and spending cuts to take place on a more long-term schedule once the economy has recovered. The bill includes a payroll tax cut for employees and employers. And, it offers a tax credit to businesses that hire individuals who have been unemployed for more than six months. It also focuses spending on “shovel-ready” infrastructure projects like roads, railways, waterways, ports, and airports to “modernize” America. Here is a link to the proposal from the White House. The legislation includes more tax cuts and tax credits than it does stimulus spending (a ratio of approximately 60-40[1]). According to estimates from several of the country’s best-known forecasting firms, the jobs package of tax cuts and spending initiatives could add 100,000 to 150,000 jobs a month over the next year. Others argue that adding to the deficit and modestly raising taxes on the wealthiest Americans and biggest corporations will hurt job creation. The pros and cons are outlined below.

Stimulus: Will the American Jobs Act help stimulate the economy?

“The jobs package of tax cuts and spending initiatives could add 100,000 to 150,000 jobs a month over the next year, according to estimates from several of the country’s best-known forecasting firms; the potential Fed actions could add 15,000 more jobs a month over two years.[…] the firm projected that the plan would add roughly 1.25 percentage points to gross domestic product and create 1.3 million jobs in 2012. JPMorgan Chase estimated that the plan would increase growth by 1.9 points and add 1.5 million jobs. Most bullish is Moody’s Analytics, which forecast that the package would add 1.9 million jobs, cutting the unemployment rate by a point, and increase growth by two percentage points.”

Building new bridges, roads, railroads, waterways, and ports will put up to 2m unemployed construction workers back to work, according to the White House.

Tax Cuts to Help America’s Small Businesses Hire and Grow. Cutting the payroll tax in half for 98 percent of businesses: The President’s plan will cut in half the taxes paid by businesses on their first $5 million in payroll, targeting the benefit to the 98 percent of firms that have payroll below this threshold. A complete payroll tax holiday for added workers or increased wages: The President’s plan will completely eliminate payroll taxes for firms that increase their payroll by adding new workers or increasing the wages of their current worker (the benefit is capped at the first $50 million in payroll increases). Extending 100% expensing into 2012: This continues an effective incentive for new investment. Reforms and regulatory reductions to help entrepreneurs and small businesses access capital.”

Pathways Back to Work for Americans Looking for Jobs. The most innovative reform to the unemployment insurance program in 40 years: As part of an extension of unemployment insurance to prevent 5 million Americans looking for work from losing their benefits, the President’s plan includes innovative work-based reforms to prevent layoffs and give states greater flexibility to use UI funds to best support job-seekers, including: Work-Sharing: UI for workers whose employers choose work-sharing over layoffs. A new “Bridge to Work” program: The plan builds on and improves innovative state programs where those displacedtake temporary, voluntary work or pursue on-the-job training.” [see more of quote on argument page.]

“The president’s jobs plan, which he announced on Thursday night, called for reducing the Social Security tax on income to 3.1 percent in 2012. The rate is currently set at 6.2 percent on the first $106,800 of an employee’s pay. Because workers in New York are relatively highly paid, the effect of that cut would be greater in the city than in other parts of the country. It would save $775 for a worker earning $25,000 a year and $3,100 for one who makes $100,000. All told, the comptroller’s office estimated, the gain to New Yorkers would amount to $4.8 billion, and the spending of a portion of that total would preserve or create about 25,000 jobs in the city.” [read extended argument on article].

If a businesses invests money, they can claim tax deductions on those investments.

The Jobs Act gives a tax credit to businesses that hire unemployed veterans. As the president said, “after fighting abroad for America, the last thing veterans should have to do is fight for jobs at home.”

American Jobs Act is too little to jump-start economy.

“on the matter of the magnitude of spending in the proposal, some think it was bold. But put it in context; $447 billion just won’t achieve the job creation it claims. It’s once again too little for an economy the size of the US, for an economy in as deep an economic hole as it is and in an economy facing growing downward momentum at home in the context of a global economy also rapidly slipping.”

“In February 2009, President Obama proposed $787 billion in economic stimulus. Unemployment was about 25 million. More than two years later, after the $787 billion has been spent, unemployment (measured by the Labor Department’s U-6 rate) is still around 25 million. Why, therefore, should Obama’s latest proposals to create jobs, consisting about half the size of the 2009 stimulus, expect to create jobs when the larger stimulus did not?”

Increasing taxes on successful corps will do harm.

“David Catalano, who helped found Modea, a digital advertising company in Blacksburg, Va., said that he was wary of the president’s pledge to ask the ‘wealthiest Americans and biggest corporations to pay their fair share.’ His company was organized as an S Corporation, in which profits are passed through to shareholders, so it would face higher taxes under the president’s proposal, he said. He added: ‘My partner and I have reinvested 100 percent of the profits that our agency has made over the last five years back into the company. If the government takes a bigger share of that from me, it directly impedes my ability to grow the agency.'”

"A man and a plan." The Economist Buttonwood Notebook. September 9th, 2011:

“On the merits of stimulus, Martin Wolf had a strong column in the FT arguing that the markets were telling the US to borrow and spend. This is a point that has been made by Free Exchange in the past; with real yields negative, it is surely the ideal time to invest in infrastructure that can generate a positive return in terms of growth. One can quibble with this a bit. The markets are telling us many things; they are worried about growth and scared of Europe; the gold price shows they have worries about the stability of the dollar. Very low bond yields at the short end are also the result of deliberate Fed policy; at the long end, they may be set by Asian central banks, for whom exchange rate management may be more important than profits. Indeed, the Chinese, a very big player in the bond market, aren’t calling for more stimulus. when US debt was downgraded, the news agency Xinhua said that ‘The US government has to come to terms with the painful fact that the good old days when it could just borrow its way out of its own messes are over.'”

“4. Tax Relief for Every American Worker and Family. Cutting payroll taxes in half for 160 million workers next year: The President’s plan will expand the payroll tax cut passed last year to cut workers payroll taxes in half in 2012 – providing a $1,500 tax cut to the typical American family, without negatively impacting the Social Security Trust Fund. Allowing more Americans to refinance their mortgages at today’s near 4 percent interest rates, which can put more than $2,000 a year in a family’s pocket.”

“When he laid out his jobs plan last week, Mr. Obama powerfully presented a series of choices — a status quo of high unemployment, deteriorating human capital and crumbling infrastructure or a renewed push for recovery and relief measures to get the economy moving again. That means choosing between a tax system that coddles the rich or reorienting the code in favor of the middle class. The tax increases Mr. Obama has recommended are a step in the direction of middle-class prosperity.”

Average CEO makes 185 times that of the average worker, according to the White House. CEOs and the wealthiest can afford to pay a little more.

Jobs Act focuses subsidies on those needing them most.

“It is also fair tax policy. Under current law, the largest subsidies go to people who need them least — for such things as mortgage interest and charitable giving — because the value of tax breaks rises as income and tax rates rise. Capping such breaks helps to ensure that subsidies are focused on Americans who need them most.”

Jobs Act should include more for the long-term unemployed.

“it should be modified to include more specific measures to address the unemployment crisis in many urban communities of color where jobless rates are more than double the national average.”

“let’s talk about this concept that you just don’t deserve to keep all of your money. If you’ll remember, during the tea party debate the other night, a young man stood up in the audience and asked how much money do these candidates believe he should be able to keep? Here’s why the prog thought process on this concept is dangerous. You wake up at 4:30am to get to your first job on time. You bust your buns to earn a paycheck. Then later that afternoon, you show up to work at your second job, because things have been kind of tight and you and your wife could use some extra cash while you save up to buy a house or take care of a sick parent, whatever. You drive home late that night, in the dark, and you wake up early the next morning to do it all over again. You are the one busting your buns to earn this money. You are trading off some of the minutes you have to spend on this earth to produce this wealth. It belongs to you. It is yours. You decide how to spend it, how to save it and how to invest it. Then along comes government. It puts a gun to your head and says, You owe us 35% of everything you worked for. Hand it over. And the man does so, because otherwise he will end up in a jail cell. In the world according to Jan Schakowsky, that money that you worked so hard to earn? You don’t really deserve it. After all; you — or at least a portion of you — belongs to the government. And just how much of you belongs to the government? Well, that’s up to people like Schakowsky to decide.” 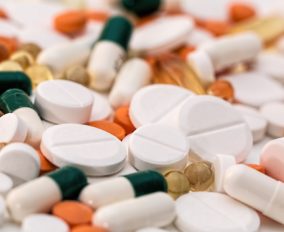 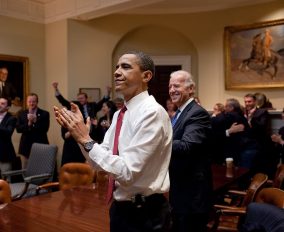 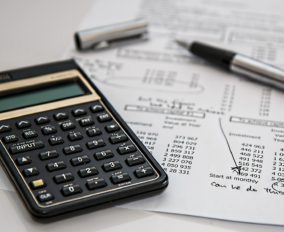